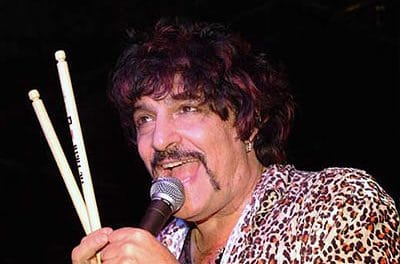 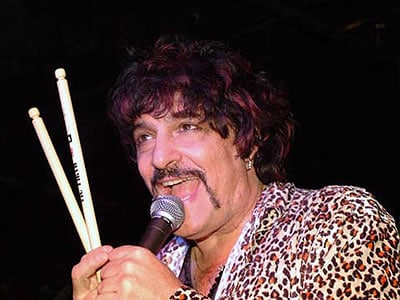 Appice stated: “I don’t anymore. I used to speak to “them” all of the time. I say them because it’s so weird for me to call Mark Free, Marcie now (laughs). About two or three years ago, I was doing a record deal with a label and we were just getting catalog stuff together. Somebody had given me a DVD of King Kobra live in Mexico. There’s no real money it, because people just don’t buy a lot of DVD’s nowadays. So I had a deal that was maybe worth $500. It was going to cost me a $150 to do the menus and all of that stuff. So we’d have $350 and we could just divide it equally among all of the original members. I just wanted to get it out there so the fans had something to watch, because we never really had any live video footage. So Mark (Marcie) Free says no way! I’m not going to sell my voice for $50 and if you do it I’m going to sue you. I said “come on dude, what are we talking about here?” We’re not talking about in the 80’s , there’s no money in this thing. We’re just doing it for the fans, really. So I said, you know what? I don’t need to do it. I don’t financially or creatively need to do it. So if you don’t want to do it, then “Fuck it”! So that’s the last time that I talked to him.”

In terms of whether there is any chance of a reunion of King Kobra‘s original line-up, Appice stated: “No, no. When the Frontiers thing came about. I got Paul Shortino. He’s a well known singer, and he said He’d love to do it. And we put out two of the greatest King Kobra records that I think we ever did. I want to do some live King Kobra shows next year because we have King Kobra at the Sweden Rock Festival coming out. So now David Michael-Phillips doesn’t want to tour and Mick Sweda is in the movie business. So I guess if we do come out, it’ll be me, Paul, Johnny Rod and the guitar player that we took out on the live album. He’s really great. We’ll have one original member and one really well known member. Most bands only have one original member now anyways…(laughs).”

You can read the rest of the interview with Appice at XS Rock.