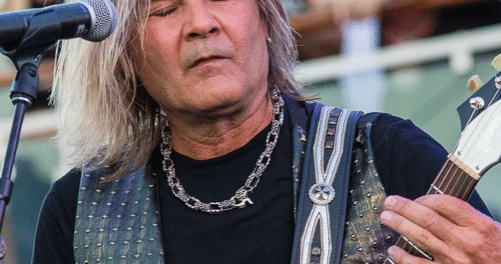 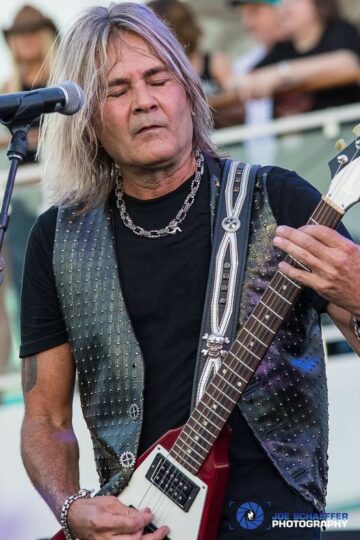 King Kobra and Vanilla Fudge drummer Carmine Appice was recently interviewed by Denis Gray for the Australian Rock Show podcast. Appice was promoting Vanilla Fudge‘s release of the single “Stop In The Name of Love” made famous by The Supremes.

With respect to King Kobra, Appice indicated (as transcribed by the Australian Rock Show podcast): “I’m working on a new King Kobra record with Paul Shortino and we got Johnny Rod, the original bass player – and we got Rowan Robertson from Dio is gonna play on it – and I’m talking to Carlos Cavazo (from Quiet Riot) as a second guitar player, so if we get those two guys and the three of us (Appice, Shortino and Rod) it’ll be a killer album.”

In an interview with Sleaze Roxx back in June 2021, Shortino was asked who was playing on King Kobra‘s upcoming studio album apparently titled, Music Is A Piece of Art, to which he replied: “[Bassist] Johnny Rod and [guitarist] Robbie Lochner.” Shortino continued: “Because [guitarist] Mick [Sweda] is tied up with the BulletBoys. And I don’t think that [guitarist] David Henzerling is doing it. I think it’s [guitarist] Rowan Robertson. Yes.” In terms of how Robertson got involved, Shortino indicated: “Well, it was Carmine’s choice on who he picked. He was releasing some other stuff and it looks like Frontiers wanted another King Kobra record. I’ve been busy working with Tracy [G] and I finished up the Rough Cutt stuff. I didn’t want to do another ’80s kind of rock ‘n roll record you know? I’m not — that’s not my passion. I was a blues R&B singer when I got into Rough Cutt. I was never a heavy metal singer. My guys were more like Paul Rodgers, Steve Perry who kind of I believe his idol might have been Sam Cooke if you listen to some of the way he sings [Paul Shortino starts singing].”

You can listen to the interview with Carmine Appice on the Australian Rock Show podcast below: