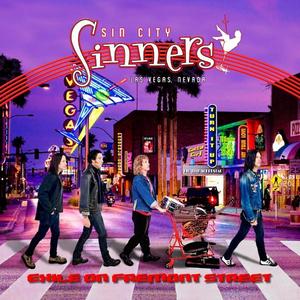 Don’t miss the Sin City Sinners with special guest, the legendary Carmine Appice this Saturday, December 12th at Ovation (inside Green Valley Ranch). Doors open at 10 p.m. and it is FREE for everyone to attend.

Carmine Appice is known for his showmanship which includes stick tosses and twirls. Appice was the first rock drummer to conduct “Drum clinics” held at college campuses, theaters and drum stores. He is also credited with influencing drummers like John Bonham, Ian Paice, Tommy Lee and scores of others through his drumming book “Realistic Rock”.

Carmine Appice is truly a legend not to be missed.

SIN CITY SINNERS has announced plans to release a CD of original songs in December, titled “Exile on Fremont St.”.