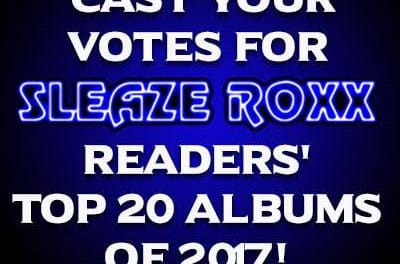 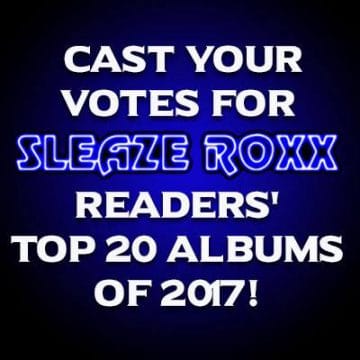 This year has seen an unprecedented amount of very good releases and it’s now that time of year again where you, the Sleaze Roxx Readers, determine which were the best albums of the year for the twelfth straight year.

Albums including EPs (three songs or more) must be released in 2017 to be eligible. Live albums, greatest hits and re-issues are not eligible.

You have until January 15, 2018 to vote and you can only vote once per e-mail address.

In the meantime, you can check out last year’s Sleaze Roxx Readers’ Top 20 Albums of 2016.