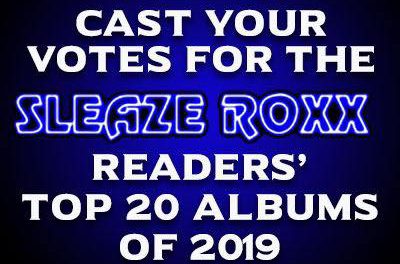 It’s that time of year again when the Sleaze Roxx readers choose which are their Top 20 Albums of the Year! 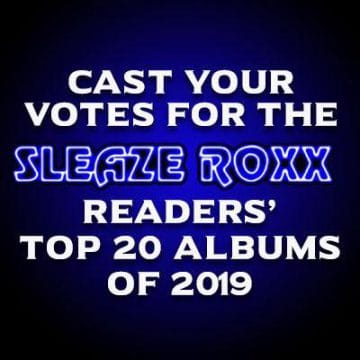 This will be the 14th year in a row that Sleaze Roxx readers have their say.

Albums including EPs (three songs or more) must be released in 2019 to be eligible. Live albums, greatest hits and re-issues are not eligible.

You have until January 10, 2020 to vote and you can only vote once per e-mail address.

The Sleaze Roxx Crew Members’ Top Five Albums of 2019 will be posted in early to mid-January 2020.