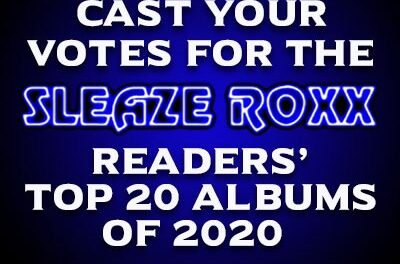 It’s that time of year again when the Sleaze Roxx readers choose which are their Top 20 Albums of the Year!

This has definitely be one of the most devastating years of all-time for the music industry with the worldwide Covid pandemic shutting concerts down in a major way but also many musicians’ main way of earning income. 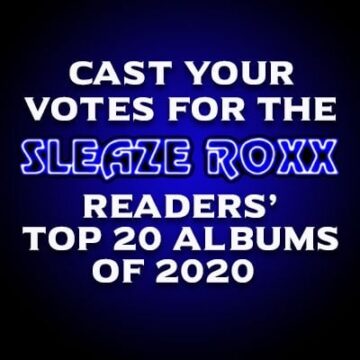 Although many great albums have been released this year, these records may not get their just due since the artists and/or bands that released them weren’t able to properly promote them.

In any case, this will be the 15th year in a row that Sleaze Roxx readers have their say.

Albums including EPs (three songs or more) must be released in 2020 to be eligible. Live albums, greatest hits and re-issues are not eligible.

You have until January 11, 2021 to vote and you can only vote once per e-mail address.

The Sleaze Roxx Crew Members’ Top Five Albums of 2020 will be posted in early to mid-January 2021.