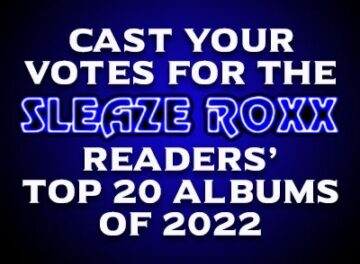 Cast your votes for the Sleaze Roxx Readers’ Top 20 Albums of 2022!

Another year is coming to a close and it’s once again that time of year to cast your vote for the Sleaze Roxx Readers’ Top 20 Albums of the Year!

This will be the 17th year in a row that Sleaze Roxx readers have their say. 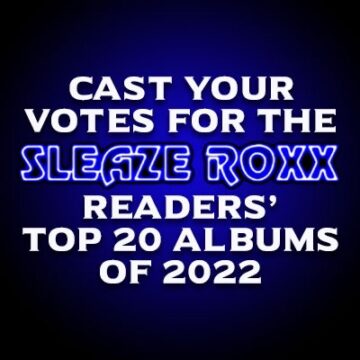 Speaking of 2022, I find that this has really been a banner year in terms of album releases and maybe as strong or even better than in 2010 and 2018. It will be a lot of fun to see which albums are the best according to the Sleaze Roxx readers’ ears. For instance, five of the ten winners of the Sleaze Roxx Readers Top 20 Albums of the Year during the last decade (it’s really only four winners since Stryper took top honours in both 2013 and 2020) have released new albums in 2022.

Albums including EPs (three songs or more) must be released in 2022 to be eligible. Live albums, greatest hits / compilation albums and re-issues are not eligible.

You have until January 15, 2023 to vote and you can only vote once per e-mail address.

The Sleaze Roxx Crew Members’ Top Five Albums of 2022 will be posted in early to mid-January 2023.