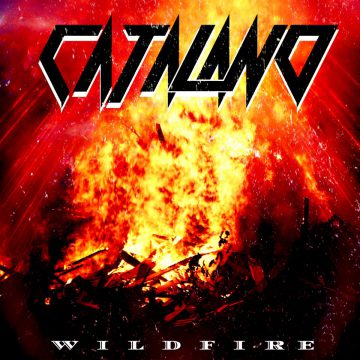 Here’s a lil snippet of the NEW Catalano track that me and the boys cooked up and are dropping into the atmosphere on Wednesday May the 23rd!! It’s been awhile, the vibeys are good, share the stoke with us, spread the fire and stay powerful!

Sleaze Roxx stated the following in its review of Catalano‘s debut album Dark Skies: “Ahhhh — riffs, melodies and straight ahead hard rock — former De La Cruzvocalist Roxxi Catalano has returned with his solo effort Dark Skies under his own band name Catalano. Confidence can be an enormously positive factor for a musician, especially for one that is still up and coming, and young. While many De La Cruz fans may have thought that the band was basically a solo effort of lead axeman Casey Jones with a bunch of hired band members, this was clearly not the case. Once you hear Catalano’s Dark Skies, one can quickly realize who the chief songwriter may have been within the De La Cruz camp. The style and feel of Dark Skies may as well be De La Cruz part 2.”