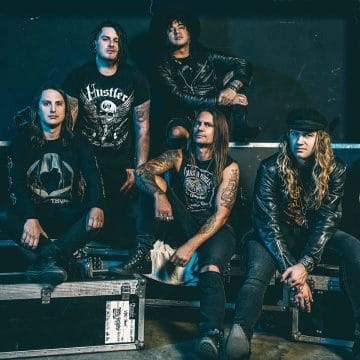 Confidence can be an enormously positive factor for a musician, especially for one that is still up and coming, and young. While many De La Cruz fans may have thought that the band was basically a solo effort of lead axeman Casey Jones with a bunch of hired band members, this was clearly not the case. Once you hear Catalano’s Dark Skies, one can quickly realize who the chief songwriter may have been within the De La Cruz camp. The style and feel of Dark Skies may as well be De La Cruz part 2. In an interview that Sleaze Roxx did with Catalano in 2014, the singer stated: “People ask me all the time, ‘How do you get signed?’ and I say the same thing, ‘Good songs!’ Just honestly write good songs — there are so many bands that look incredible but the songs are just nothing. We were lucky, really lucky, but there weren’t any tricks, it was hard work — rock ‘n’ roll is hard work. It may have seemed that it fell in our lap, but as individuals we had been slaving away (and still are) for years — it was merely the sum of its parts.””