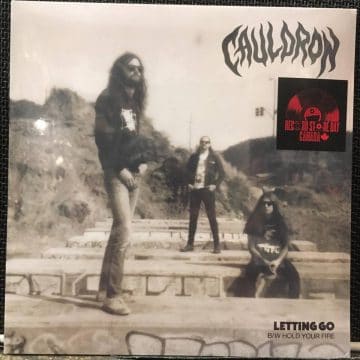 Canadian heavy metal rockers Cauldron have released a new song titled “Letting Go” for streaming from their upcoming new album New Gods and which premiered at Decibel Magazine. The New Gods album will be released via The End Records on September 7, 2018.

Speaking to Decibel Magazine, bassist / vocalist Jason Decay stated: “‘Letting Go’ is one of the first tracks that came together for the new record… We really couldn’t deny the melody found in this song, I think somehow it still sounds very Cauldron… once in a while you just have to rock and roll the bones.”

Toronto based rocker Cauldron‘s “Biography” on their Facebook page is short and sweet: “Cauldron started summer 2006 when Goat Horn stopped. We played what we used to call heavy metal.”