Most rock fans will remember the Parents’ Music Resource Center (PMRC), also known as the Washington Wives, and their assault on free speech in the mid 1980s. Armed with their list of what would become known as the “filthy fifteen”, the Senator’s wives set out on a mission to protect listeners from themselves. Dee Snider, Frank Zappa and John Denver would be the three representatives from the music community to challenge the overzealous group in senate hearings to determine if “offensive” music releases should be labeled. Of course we all know who won that battle, leading to several albums containing the sticker “parental advisory – explicit lyrics” (including the ridiculous labeling of Zappa‘s completely instrumental release Jazz From Hell) to not be stocked on several retailer’s shelves.

But the music itself hasn’t been the only thing under attack throughout the years – even the artwork on albums has been banned and censored, in some cases rightfully so, and in others completely without merit. So here are some of hard rock’s most worthy and most ludicrous outlawed album covers. 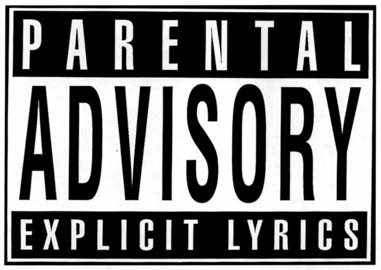