Censored – Hurricane’s Slave To The Thrill

HURRICANE – SLAVE TO THE THRILL 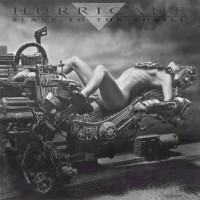 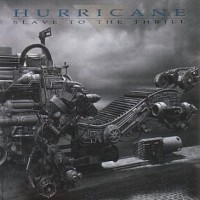 Skid’s Comments:
You’d be a fool if you ever thought the censors would let this one slide. A naked woman with her legs spread laying on some contraption may make for a great porno release, but just won’t do on the racks of a Wal-Mart. As pretty as the model may be, I’m still trying to figure out what she is laying on. Did they ever make coal fueled vibrators? Or is it some sort of torture device? When they released the album without the woman on the cover the picture made absolutely no sense what-so-ever, not that it ever did in the first place. As strange as it may be, I still think it looks great.

Raving Maniac’s Comments:
The original is a bit too “Mad Max Beyond Thunderdome” but what’s so offensive about it? Every adult Woman (and quite a few adult Men) in the free world has seen that position at least once. Maybe it’s the position that got it banned? Maybe if they flipped her over it would have been okay? Might not have been a bad idea, she’s a bit too bony anyway.