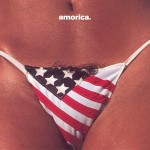 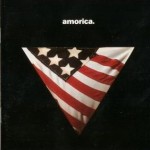 Skid’s Comments:
Come on people, it’s just a bit of hair!! Anyone would be able to see a sight like this on the beach any day of the year, and it’s nothing a razor or some hot wax couldn’t fix anyway. Personally I find the cover patriotic, maybe if it was released in 2004 instead of 1994 the Black Crowes could have got away with it – wishful thinking. Besides, if it’s unwanted hair that people are worried about, why wasn’t anyone in an uproar when Rosie O’Donnell hosted daytime TV with a far denser fur on her top lip? Sounds like “A Conspiracy” to me. Let’s just be thankful it wasn’t Chris Robinson donning a speed-o on the cover and move on with our lives.

Raving Maniac’s Comments:
This is when the cover art police earn their money. They might hold you back from seeing a nice pair of sweaty yabos, but they also spare you from burning your eyes with this. Who needs to see this? The first disturbing thing is not being able to tell if it’s male or female. Doesn’t matter though. No one needs to see an effeminate man wearing a pair of string bikini. There should be a law against that. On the other hand, no one needs to see a woman wearing a pair of patriotic bikini over a pair of over grown mohair panties. Mohair panties are not patriotic, they are NOT the American way! Thank God we have the cover art police to shield us from disgusting, offensive crap like this!