In a rather surprising move, Judas Priest have apparently succumbed to public pressure and criticism as the heavy metal veterans have elected to reverse their recently announced decision to tour as a four-piece without guitarist Andy Sneap. Judas Priest announced today that they will be continuing their 50th year anniversary tour with the line-up of lead vocalist Rob Halford, bassist Ian Hill, drummer Scott Travis and most importantly, the twin guitar attack of Richie Faulkner and Andy Sneap, along with appearances from guitarist Glenn Tipton whenever the latter is able to. 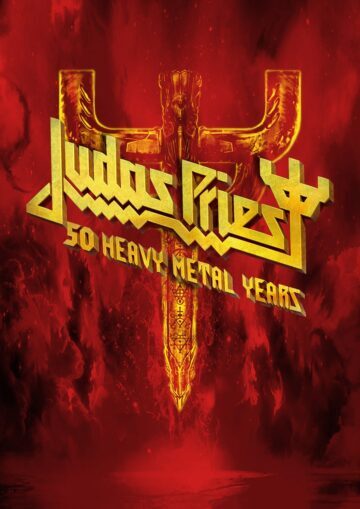 “Hello metal maniacs…given all that has recently evolved and transpired we have decided unanimously as a band to continue our live shows unchanged with Rob, Ian, Richie, Scott, Andy and Glenn joining us whenever he’s able…so see you all soon as we forge ahead celebrating 50 massive heavy metal years of Judas Priest together!

Michael Edmonds — “This is the stupidest decision I’ve ever heard, and what’s worst is the way you celebrate 50 years as a band and to also slap your life long fans in the face.”

Marc Anton — “It kind of reminds me of going to a restaurant you have loved forever and they skimp on the ingredients to your favorite dish and it just doesn’t taste the same so you don’t go there anymore. Crazy comparison but Priest was always my favorite band and those 2 guitars switching solos made them my favorite for that reason. Bringing only one guitar in the band totally chops the sound down. Even losing that rhythm guitar behind the solos will sound thin. Bad decision, very bad.”

Rafe Carrino — “You can’t play Priest music with one guitar. I feel like they’re gonna have backing tracks playing, which is fucking dumb and a rip off to fans.”

Ritchie Colón — “Priest has always been known for the twin axe attack. It is what turned me on to Priest, not Rob‘s singing. Without the twin axe attack they are nothing and II wont go see them on tour anymore. I’m sure Jane had a lot more to do with this dumb decision. Judas Priest is dead.”

Andrew Pazulla — “I don’t understand… This is one of the biggest metal bands in the world… They don’t have the money to find, hire and pay another guitarist? They need their twin guitar sound. Have seen these guys live in 2005 and 2009 and they put on awesome shows.”