Charity project Save The Noize is back for round two with the title track released once again but featuring many different artists within the hard rock genre including Dee Snider (Twisted Sister), Michael Starr (Steel Panther), Johnny Gioeli (Hardline, Axel Rudi Pell), Kee Marcello (ex-Europe, Out of This World), Eric Bazillian (The Hooters) and Jimmy Jay (H.E.A.T). 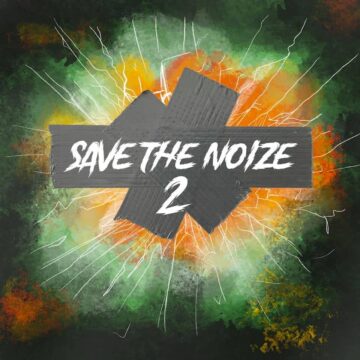 Save The Noize‘s press release indicates (with slight edits):

“Save The Noize is a charity project started by Rasmus Harnesk Wiklund (Hårdrock – För Fan! – Podcast, Corey Duvette, Veritas) and Jesper Lindgren (Velvet Insane) at the end of 2020. The project was started in benefit of “Musikerförbundets Crisis Foundation”. In April 2021, the song “Save The Noize” was released under the roof of “Sound Pollution Distribution”, on digital streaming services alongside a music video for the song. The track was written by Erik Modin (Wildness) and Martin Sweet (Crashdïet). The song was produced by Roger Bergsten (Nevo Studios), mastered by Thomas Plec and the music video was produced by Gustav Kronfelt who has done music videos for Dregen and Electric Boys, to name a few.

The Covid-19 pandemic has stricken hard toward everybody, not to say at least towards musicians in Sweden and around the world. Musicians from USA, Sweden, Norway and Denmark therefore came together under the banner of “Save The Noize”, to collect money for charity. Like Swedish Metal Aid in 1985 or Hear ‘n Aid in 1986, where musicians came together for charity, but this time they all came together to save their own jobs and their own community.

Artists that guested this modern and socially relevant track was to name a few, Tony Harnell (TNT), Jesper Binzer (D.A.D), Åge Sten Nilsen & Trond Holter (Wig Wam), Pontus Norgren (Hammerfall) and Ryan Roxie (Alice Cooper). A total of 30 something musicians and artists came together for this common cause. Now after this fantastically successful project, Rasmus Harnesk Wiklund and Jesper Lindgren presents: “Save The Noize 2”. Save The Noize version 2 is a pure follow up to the first track. It’s the same track but in a totally new and different take. Fewer artists are guesting the second track but 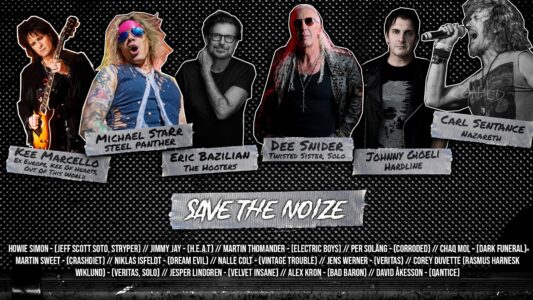 bigger names get to take place, with the focus on the international market. With this version and with the accompanying music video, we want to show that the light at the end of the tunnel is finally here. Musicians can slowly but surely come out and play, travel on the roads and come back to their jobs. We want to give hope and show that we made it through this together. In benefit of Musikerförbundets Crisis Foundation.

The song is produced once again by Roger Bergsten (Nevo Studios) and mastered by Thomas Plec. The music video is made by Martin Sweet (Crashdïet). The album cover is made by Michelle Rudolfsson.

“Save The Noize 2” is out now through Sound Pollution Distribution alongside an accompanying music video.”