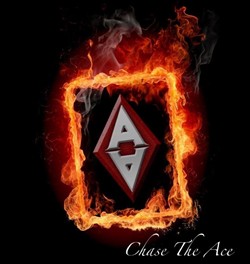 It’s with great pleasure that Z Records announce the signing of Chase The Ace. The band’s self-titled debut will be released in April 2013 and their first video will be premiered at www.z-records.com on February 4th.

Chase The Ace originate from Israel and as far as Z Records are aware they’re the first Israeli rock act to sign to a European label. The band’s material totally kicks ass and reeks of such influences ranging from ‘Rocks’ era Aerosmith, to Motley Crue and Shotgun Messiah but with an extra twist.

After six years of singing only in Hebrew under the name Koex, the band decided to expand their horizons and go global. During those six years as Koex they put out five albums (including a live album), played over 400 gigs, were featured in the biggest daily papers and news websites in Israel, and made many radio appearances. Chase The Ace have also built a fan base who are dedicated to keeping rock music alive. The video for their last single “Rockstar” gained 30,000 hits on YouTube within the first week. All this has been achieved whilst staying true to their musical style by being a completely self sustained indie rock band.

The band — consisting of Roi Vito Peleg (vocals/rhythm guitar), Yam Artzy (drums), Omer Schnider (lead guitar) and Yair Gadon (bass) — made the following comment regarding the signing of their multi album deal with Z Records, “The whole thing came to us as a total surprise. We started promoting Chase The Ace about 2 months ago and everything is going really quick and smooth! It’s funny because just a few weeks ago we started talking about making a press kit and sending them to record companies and we really wanted a company from the UK. Then, before we even started working on it, Mark (of Z Records) sent me an e-mail saying he wants to work with us. At first we thought it was a cruel prank from one of our friends but it quickly turned out to be what we were hoping for. Z Records is a great label for us and Mark seems like an ace guy so we’re really excited about what’s gonna come. We’re going in the studio in a few weeks to finish our first album. We got some bitchin songs for you guys and we can’t wait for all the rockers in the world to check them out!”

On December 16, 2012 Chase The Ace released the ‘Rock Bottom Rocknroll’ EP, available for purchase at chasetheaceband.bandcamp.com.