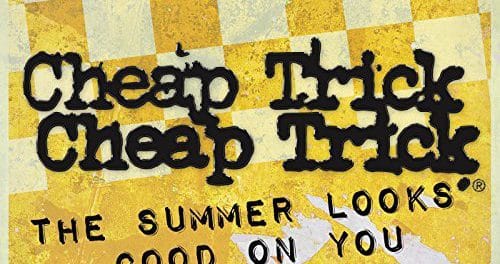 Veteran hard rockers, Cheap Trick, have released a lyric video for their new song “The Summer Looks Good On You” from their upcoming 20th album, which is set to be released later this year. 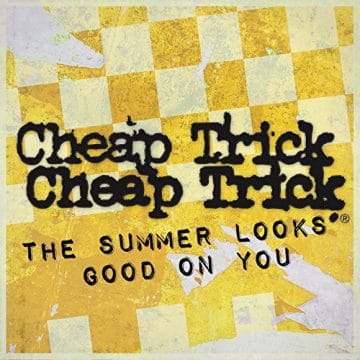 Sleaze Roxx stated the following in its review of Cheap Trick‘s studio album Bang, Zoom, Crazy … Hello, which was released back in 2016: “The fact of the matter is that Bang, Zoom, Crazy…Hello is a solid album. It may not be sleaze, or real hard rock, but it is proto-pop at its best. Some tracks, like “When I Wake Up Tomorrow” sound very much like David Bowie. Others, such as “Do You Believe in Me” have a Weezer-style guitar riff during the verse, followed by a ’70s style chorus. “Long Time No See” opens with an ’80s keyboard, but quickly blows up into a solid rock song.   The rest of the tracks follow along in the same vein. I don’t feel the need to go song-by-song, because you get the idea by now.

This record is eclectic and engaging. It has many elements to say “Boom, Wow!” no matter what genre you may ally yourself to.  As I listen to Bang, Zoom, Crazy… Hello for a third, fourth, fifth time, I recognize it’s not really my usual style, but it really does have great songs. It may not be an album that I would drop in for exclusive listening, but I would sure put it into my shuffle.”

Cheap Trick‘s “The Summer Looks Good On You” lyric video:

Cheap Trick – The Summer Looks Good On You (Lyric Version)