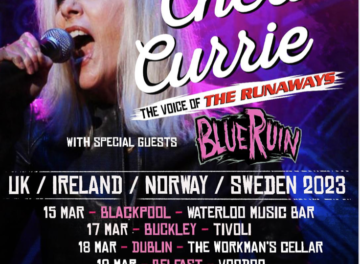 Cherie Currie to embark on tour of UK, Ireland, Norway and Sweden 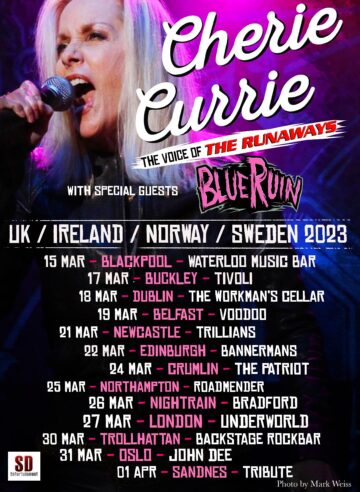 First finding fame as the lead singer of The Runaways, Cherie Currie embarked on a solo career after the group disbanded in 1979. She has released seven studio albums to date, including collaborative records with her sister, Marie Currie, the live album, ”Midnight Music in London” in 2015, and her most recent serving, 2020’s ”Blvds Of Splendor”.

Cherie Currie is bringing the ”On The Road To Ruin” tour across the UK, Ireland, Sweden and Norway in March 2023, with Special guests, Blue Ruin, who just released their new album ”Hooligans Happy Hour“, already touring with Cherie in New Zealand in 2016.

Expect a set of solo material and Runaways classics such as ‘Cherry Bomb’ and ‘Queens Of Noise’!”