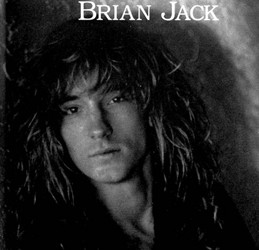 Reports coming out of Baltimore, Maryland reveal that Child’s Play vocalist Brian Jack has died. No details on the cause of death have been stated as of yet.

Former Child’s Play bandmate and drummer John Allen posted the following on Facebook, “I am completely shocked and saddened by the death of Brian Jack. He was one of the most gifted, charismatic artists I have ever had the pleasure of sharing the stage with. He along with the rest of the guys were the brothers I never had. I will miss him incredibly.”

Currently playing with the Charm City Devils, Allen will dedicate their April 21st show in Towson, Maryland to Brian Jack. “He was loved by many and it would be nice for everyone to be together again”, says Allen. “So come out to Recher with your love and memories of one of the greatest frontmen/singer/artist that Baltimore has ever seen.”

Mickey Cucchiella, co-host of the Mickey, Amelia & Spiegel morning show on Baltimore’s 98Rock, corroborated the news by saying, “It is with a very heavy heart that I can confirm this tragic loss. Brian Jack was one of the greatest and most talented singers this town ever produced. I will miss you my friend.”

Brian Jack, a Baltimore, Maryland native, was a member of Child’s Play from 1984 until 1991. In 1990 the band, then signed to Chrysalis Records, released their Howard Benson produced debut album, ‘Rat Race’, which was promoted by a video of the title track. However Jack would quickly leave the group to pursue a solo career.

In 1992, Brian independently released his first solo effort ‘Promise Of Love’, which displayed a softer side to his music and went on to sell over 10,000 copies without any major label support. In 1996 the singer teamed up with Gabi Records to release his second solo album ‘Collage’, a collection that was recorded with several musicians in various studios.