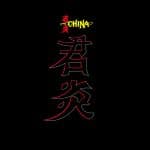 CHINA AND DARE CDS GET REISSUED BY NL DISTRIBUTION:

The new-founded company NL Distribution (www.nldistribution.de) focuses on the sector of import as well as on re-issues. and in January will reissue China’s self-titled debut and Dare’s ‘Out Of The Silence’ albums.

CHINA, one of the most admired Swiss Hard Rock acts from the late 80’s and early 90’s, today still are amongst thefavorites of many fans of this genre. Their triumphant 2008 reunion impressively shows. The band’s 1988 self-titled debutalbum of CHINA is one of the most successful releases coming from Switzerland ever and also undoubtfully belongs to theall-time classics of European Hard Rock. “China” in 1988 reached # 6 in their home country’s longplay charts and stayedthere for 10 weeks in total. In England, Germany and Japan each, this album hit the top 40 charts as well. Current Gotthardbass player Marc Lynn can be heard on this exceptional record, too!Due to the kind cooperation with UNIVERSAL Berlin, NL DISTRIBUTION is glad to make this album available for sale. Alltracks are digitally remastered. 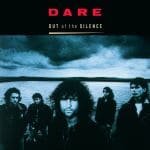 Hailing from Manchester, UK, Melodic Rock legends Dare’s debut album “Out Of The Silence” from 1988 without anydoubt marks one of the most important milestones in British rock history and is one of these day’s most sought after releases.Consisting of the exceptional musicians Darren Wharton (ex Thin Lizzy), guitarist Vinny Burns (ex TEN, Jailbait) and JamesRoss (ex Frontier), this album offers anything a fan of true Melodic Rock can dream of. The tracklist includes classic trackssuch as “Abandon”, “Runaway”, “Under The Sun”, “Raindance” and the hymn “Into The Fire”. With this album, Dare atthe heydays of this sound in the late 80’s hit the charts in numerous countries and toured successfully with bands such asEUROPE, JIMMY PAGE or GARY MOORE. “Out Of The Silence” without any doubt is a must have for any lover of ClassicMelodic Rock! Thanks to the kind collaboration with Universal Music, “Out Of The Silence” is now available through NLDISTRIBUTION. All tracks are digitally remastered.