Enuff Z’Nuff frontman Chip Z’Nuff was recently interviewed by Metal Mike (no relation to Sleaze Roxx writer Metal Mike) for the 80’s Glam MetalCast podcast and was invariably asked about all the recent negative comments that he has received from his former bandmate Donnie Vie. 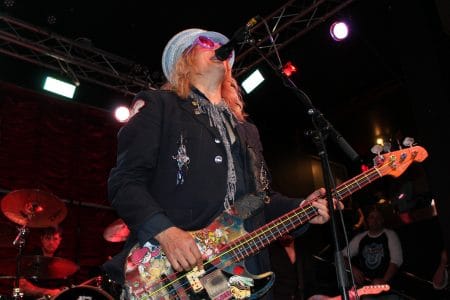 Chip Z’Nuff replied (as transcribed by the 80’s Glam MetalCast podcast with slight edits): “I don’t really have any comments on it. The guy’s the quintessential singer of our generation. One of the best and I would love people to discover that. At the end of the day, we wrote some wonderful songs, produced some great records. I want to focus on the glass half full, not half empty. I wish everyone well out there. If you sling mud, make sure you don’t live in a glass house. We were offered a huge deal from a festival company that wanted to put the band together. It would have been Vikki Foxx, Donnie Vie, myself and Johnny Monaco. The first guy I called was Foxx and he said ‘Do you really want and sit down and do that again for a couple weeks and put up with his [Donnie Vie’s] shit’? Then I thought maybe he was right. Maybe after it’s all said and done, it was better to leave it as it was. We made some great records, but now it’s a new chapter.”

Vie has posted a lot of comments of late accusing Chip Z’Nuff of trademarking the Enuff Z’Nuff name behind his back and taking credit for songs that he wrote.

You can listen to the interview with Chip Z’Nuff by the 80’s Glam MetalCast below.

In this episode I talk to the main man from Enuff Z’Nuff – Chip Z’Nuff. We talk about the next Enuff Z’Nuff album, past members, and some crazy 80’s stories!…