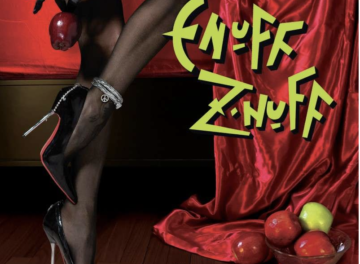 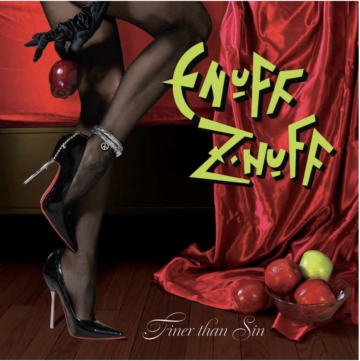 With respect to the album title Finer Than Sin, Z’Nuff indicated (with slight edits): “You know in the old days, rock music was considered a sin, it was a taboo in certain different circles, that’s why it appealed to the public – they were told it wasn’t right and they went and made their own decision. But the title, I lived in a neighborhood on the South side of Chicago and I was at this blues club years and years ago and I heard this cat talking about the music and he said it was ‘Finer than Sin’ and I thought – what a catchy titbit I can use, maybe I can write a song with that title? And when I was making the record it just jumped into my head. It just fits the mould. It’s not religious at all, even though ‘sin’ is in that vocabulary.

It’s just a nice tag for a piece of work I hope you will enjoy.  By the way it’s also our 20th record, I’ve been reading in press releases this week that it’s our 17th, but it’s really our 0th. We put out a box set of four records earlier in the year – four full-length records consisting of demos and rarities – so counting that this will be our 21st studi0 release which is quite astonishing in this day and age where most bands these days probably won’t get a chance to make that many records. But there’s a lot of good ones out there that I love like Dirty Honey, Greta Van Fleet, the Rivals Sons and The Struts, who are great.”

You can read the rest of the interview with Chip Z’Nuff at The Rockpit‘s website.