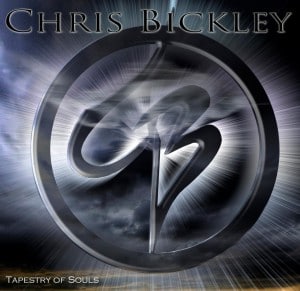 Hailing from New Haven, Connecticut, guitarist Chris Bickley will release his first solo album, ‘Tapestry Of Souls’, on May 1st via Shredguy Records.

The CD was produced by Vic Steffens and mastered by 10-time Emmy Award winner and two-time Grammy Award nominee Jim Chapdelaine. Written and recorded over a two-year period, the album’s initial sessions came together after a friend — drummer Gaetano Nicolosi — inspired Chris by laying down the drum tracks for what became the first two songs.

While recording ‘Tapestry Of Souls’, Chris says everything went very smoothly. “I think the magic comes in the fact that I gave the vocalists free rein and they were able to be themselves when it comes to singing up against my compositions.”

Chris plans to be on the road by year’s end. For more details vsit chrisbickley.net.