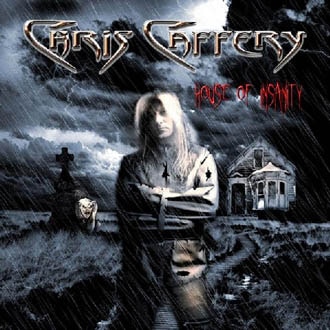 With bands like Savatage and Trans-Siberian Orchestra he became famous world wide: Chris Caffery! After signing the new contract with AFM Records, Chris will release his fourth solo album on July, 10, 2009.

The name of the new album will be “House Of Insanity”. His former band mate Zak Stevens (ex-Savatage/Circle II Circle) will have a guest appearance on the new album.