Former W.A.S.P. guitarist Chris Holmes continues to front his own band while touring and living in Europe for the last few years. 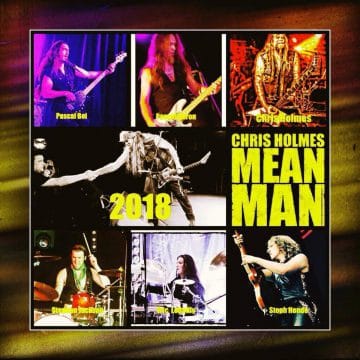 The following message was posted in part on Marjo Verdooren‘s Facebook page yesterday (with slight edits):

“Chris Holmes & Mean Man Management are happy to welcome the musicians who will be a part of the band in 2018 :