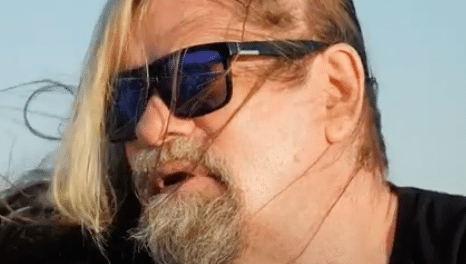 Former W.A.S.P. guitarist Chris Holmes was recently interviewed by Antoine de Montremy for Duke TV in Cannes, France to promote his upcoming documentary Mean Man: The Story of Chris Holmes, which will be released via Cleopatra Records on January 15, 2021. 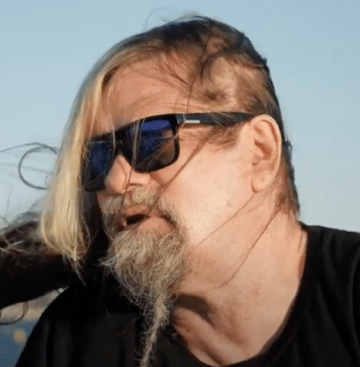 With respect to having survived the rock star life, Holmes indicated (as transcribed by Sleaze Roxx): “Yeah, yeah. I am still a survivor. Probably why I am still here is because I quit drinking in ’96. Quit using, drinking and everything. People say, ‘Nah. He still drinks.’ No. I wouldn’t have made it this long. You know, and for everybody else that says The Western, The Decline [The Decline of Western Civilization Part II: The Metal Years] ‘That isn’t vodka.’ Well, it ain’t water [laughs]. It’s not water, I’ll tell you that.”

In terms of returning to [live in] the United States of America, Holmes stated: “I see a lot of comments, ‘Come back to LA’ or ‘Come back to North Hollywood.’ I’ll come back there to live. You know, I don’t know if I’ll go back to play music because look at the music, the Grammy’s. There’s no rock [n’ roll]  in them. There’s no rock in any of the shows. It’s all — and I’m not kicking hip hop. I’m not knocking rap. That’s what people like in America. You know, it’s the kind of music it is. That’s what the younger crowd likes. It would be stupid for me to go play there if nobody comes to the shows. You know, I wasn’t supposed to go to Canada this year and since some of the shows were sold good, but then Covid came up like two months before. Bam! You can’t go. It’s so sad. I don’t know when I’ll be able to play live again. Just have to wait. Still want, going to play. I am going to play until I can’t. Until I can’t stand our play my guitar or whatever.”

Interview with Chris Holmes on Duke TV in Cannes, France: