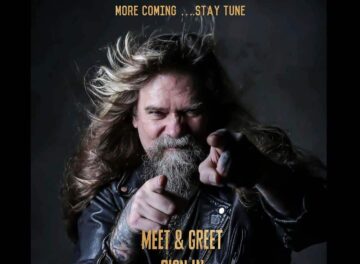 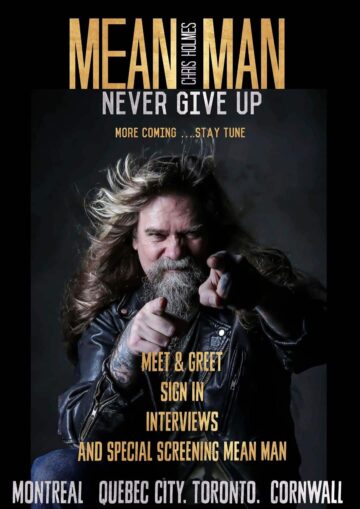 Former W.A.S.P. guitarist Chris Holmes was recently interviewed by Jimmy Kay for Canada’s The Metal Voice. Holmes is in Canada promoting his upcoming mini-tour / documentary screening in four Canadian cities from September 16 to 23, 2022. Holmes was previously supposed to a major cross-country tour across Canada but the tour got postponed a couple of times due to Covid and then Holmes getting diagnosed with throat and neck cancer before the promoter Kevin Michaud of Front Row Promotions apparently pulled the plug on the entire tour.

With respect to the lack of payments that he received for his time in W.A.S.P., Holmes indicated (with slight edits): “Honestly, I would just like to get paid for what I created. That’s it. I don’t want any more. I don’t want to take any more. I created what I created and I don’t want any more than what I did. I’m not about stealing stuff. I just like want what came out of my heart, which is on records that I created. There was a lot more stuff than I was credited for but that’s the way it is you know. I wouldn’t change it. I would change a few things growing up but you can’t. You can’t change the past. You can only change the future.”

In terms of the support that he received from fellow artists when he has going though cancer treatments, Holmes stated: “Blackie [Lawless] could have helped to pay for some of my treatment. He didn’t but Nikki Sixx did. Nikki Sixx, he gave me a lot of money. He was the first one. He gave over 500 bucks. I love the guy for it. Thank you Nikki. I love him for that. Around the first month, I was sick [Chris Holmes got video messages] and one message went, ‘Chris, this is your Metal God, Rob Halford‘ and it was kind of cool. Rob talked a little bit on there and then the guitar player that took [Glenn] Tipton‘s gig [Richie Faulkner] said nice words because Glenn‘s sick and he’s got Parkinson’s Disease. That’s really sad. Tons of people gave good wishes but nobody from W.A.S.P. did. It’s kind of weird but that’s ok but Glenn Hughes did. We were good drinking buddies [in the past].”