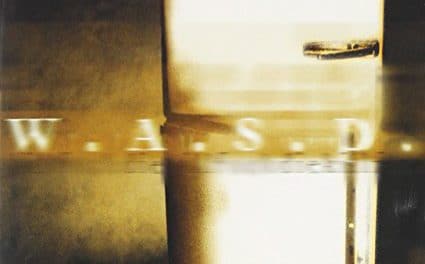 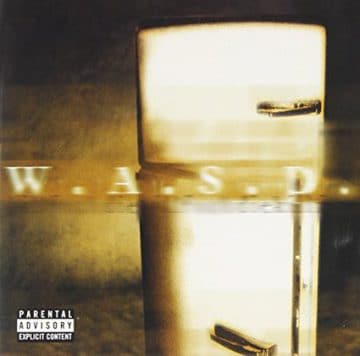 Holmes was asked why he rejoined W.A.S.P. in 1997 to which he advised: “I had quit playing. I was just living in Wyoming. The lying and all the crap, and just the management and this and that, about money; I quit. I had Psycho Squad, and it had problems, and then I had a chance to go live in Wyoming on my sister’s ranch, and I went out there, and I was going to live there the rest of my life. It was great. One of the roadies called me and asked me if I wanted to come back and play, and I called up Blackie, and he wanted to know if I’d tour again. I was happy living there in Cody, Wyoming; you can grow old there, it’s not like the fast lane, smog, people, dope, alcohol, drugs, hatred; my sister was right by Yellowstone, and it’s beautiful. It’s a cowboy town, and it’s a beautiful place and I love it, but I thought about it, and I thought, you know what, I’d never see a tour [again], and I’d never leave there, so I thought; “I’d like to see Europe again, and see a few things and travel”, so I called him back and said; “Yeah, I’ll come back and play”.”

In terms of the actual K.F.D. album, Holmes opined: “I really didn’t play that much on that. I played, I think, two solos. I had some influence on a song or two writing lyrics. That album was done because somebody – I won’t say his name – was scared of Marilyn Manson taking his spot in rock and roll. It was a really stupid album to do. I hated it.”

Holmes continued: “Stet [Howland] didn’t play drums on it, it was a drum machine; it was done on a computer. It’s not rock and roll to me. It bummed me out; I submitted a bunch of stuff for the album that didn’t go on it. I wrote some ideas that just came into the air, and he’d come down and listen to them, and he listened to four one day, and he goes; “Have you got anything else?” And he goes; “Basically, to get one song, you have to write a hundred.””

You can read the rest of the interview with Chris Holmes at eonmusic.

Sleaze Roxx stated the following in its review of K.F.D.:

“Why is Kill Fuck Die such a dud of an album? First of all, Blackie Lawless decided to go “industrial” changing W.A.S.P.‘s trademark sound in the process. Not even the return of guitarist Chris Holmes could save the album from mediocrity. Second of all, W.A.S.P. decided to forego melodies for what can only be qualified as noise. Third of all, and this is more a personal reason, Kill Fuck Die was so bad that I literally stopped following W.A.S.P. for ten years or so. The one saving grace for Kill Fuck Die is that Lawless‘ singing sounds quite good and clear, and way clearer than on the band’s recent efforts. Funny enough, what brought me to think that Kill Fuck Die might not be that bad after all was listening to W.A.S.P.‘s Double Live Assassins (1998), many years later and which happens to be one of my favorite live albums. That record shockingly included five tracks — “Killahead,” “U,” “Kill Your Pretty Face,” “The Horror” and “Little Death” — from Kill Fuck Die and I always thought that they surprisingly did not feel out of place on the record. Granted, the weakest part of Double Live Assassins is the last six tracks on the first disc, which feature four tracks from Kill Fuck Die.

After listening to Kill Fuck Die again for the first time in over 15 years, there is only one track — “Killahead” — that I truly find decent. The rest fall in some of the worst songs ever written by W.A.S.P. and although I think that many of the tracks could be salvaged by getting rid of that awful “industrial” overall sound and there are some alright moments here and there, the fact is the album has yet to be re-recorded and “saved” up to this point. Sadly, Kill Fuck Die is W.A.S.P.‘s dud album and the one true blip on an otherwise mostly stellar discography.”

In 1997, Raw Power released a promo video cassette (Electronic Press Kit) in support of the new album, it’s a very rare thing. I hope all the fans W.A.S.P. w…