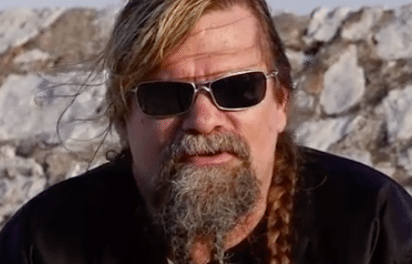 Chris Holmes thinks he’ll never get over getting screwed over publishing rights for W.A.S.P. material

Former W.A.S.P. guitarist Chris Holmes was recently interviewed on Canada’s The Metal Voice and the guitarist spoke about his time in W.A.S.P. and his upcoming new solo album. 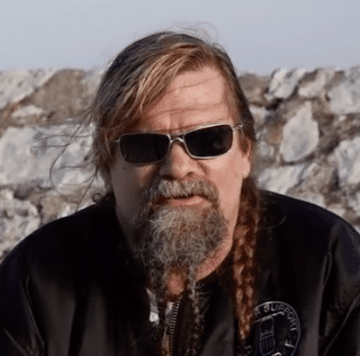 Holmes indicated (as transcribed by The Metal Voice with slight edits):

“I have to finish the record. I got all the songs written. I just need to record them. That is why I got an Indiegogo page up to help fund the recording. The way I was doing records before is I would play live and take all the money that I made and put it into the recording of the album. That is how I got my last E.P. done. So from the tour that I missed out this year, I was going to take that money and finish the record but since I didn’t get to tour, I haven’t made any money. A lot of people think I made money from W.A.S.P.. I never got my royalties. I never got paid one penny (in royalties). And you know who’s fault it is? It’s my fault for not knowing the business (not record company). I’m talking when albums are done and how they split up the publishing. With the publishing contracts, that is where the money comes from. I was never told about these meetings. The other members in the band (W.A.S.P.) never wrote. I was the only one (except Blackie Lawless). I was the only one they had to screw over to get all the publishing. In 2006-2007, I went into Sanctuary music and had a lawyer to find out where my publishing was and he discovered I was written in as a session player onto all the records (W.A.S.P. albums).

So I trusted Blackie Lawless about that and when I found out, it kind of yanked me wrong. He (Blackie) was sticking a knife in my back from the first day, the first album and not telling me and being my best friend. If it wasn’t for me, he would not be where he is at, I guarantee you that. It’s alright. It’s been a long time and it’s something I will never get over. I will take that to the grave with me. Yeah, Blackie‘s got an outrageous voice but he turns his back on his band members. I’m the only guy in the band that ever came back and got screwed twice. I came back for Kill Fuck Die and I was promised half publishing on that album and didn’t get crap. That’s why I wrote the song “Two Faced Mother Fucker” on my Shitting Bricks album. It’s about him. And I got a new song on new album. It’s called, “You Can’t Handle The Truth.” I’m going to write a song about him on every album. Everybody asks me about a W.A.S.P. reunion. Sure, I would love to play a W.A.S.P. reunion if he (Blackie) pays me my publishing. Screw me once, screw me twice. You are not going to screw me a third time. “