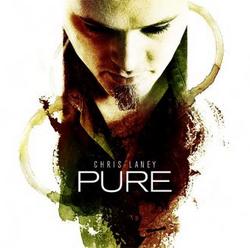 Chris Laney is set to release his second solo album, ‘Only Come Out At Night’, on April 23rd through Metal Heaven Records.

Chris Laney is a guitarist and singer who’s been a member in bands like Randy Piper’s Animal, Zan Clan and many more. Chris Laney is also known as a brilliant songwriter and producer. He is working as a producer at legendary Polar Studios in Stockholm, Sweden.

Chris Laneys’ first solo-album “Pure” was released in March 2009, it was highly welcomed and gave him a firm and increasing fan-base. This new album “Only Come Out At Night” is a natural continuation of the path set with the first album. Just as on the first solo-album, Chris Laney invited some of his friends to work with him on Only Come Out At Night. For instance Bruce Kulick (Kiss), Brian Robertson (Thin Lizzy, Motorhead), Conny Bloom (Hanoi Rocks, Electric Boys), Ian Haugland (Europe), Zinny Zan (Shotgun Messiah, Zan Clan), Nalle Grizzly Pahlsson (Therion, Treat, Randy Piper’s Animal) and a few others contributed on “Only Come Out At Night”.