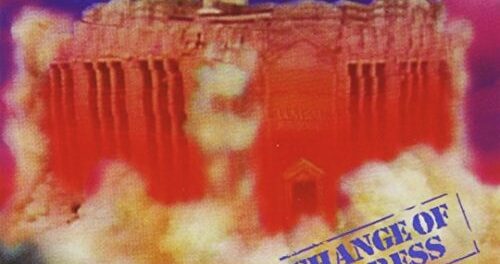 Krokus band founder and bassist Chris Von Rohr was recently interviewed by Joe Matera for Metal Edge. Von Rohr was in Krokus on three separate occasions consisting of 1974 to 1983, 1987 to 1989, and 2008 to the present.

Matera pointed out that many Krokus fans have singled out the album Change of Address (1986) as their least favorite in the band’s discography. Von Rohr replied: “I absolutely agree with that and not because I was not on that album, but because the 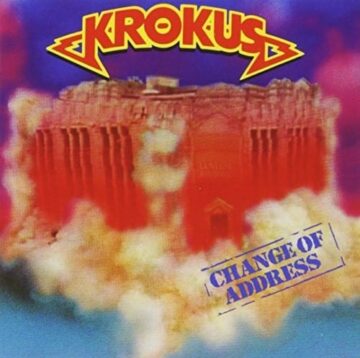 band became something else, and there was too much cocaine around. The Change of Address album has nothing to do with the original Krokus sound, as on that album there were producers and the record company people saying things like, “Take the edge off the guitars,” and “Take the edge off the singing voice,” and that sort of thing. The band somehow was lost. If you don’t have the right producer, someone who knows the heritage of Krokus and knows the roots of what Krokus is, then you will end up making an album like Change of Address. That album should be burned. It’s an absolute pity.”

With respect to what is the secret to being in a band for almost 50 years, Von Rohr opined: “The secret is, and this was the mistake we made in the 80s and that is, you need to give the band sometimes a break. In the ‘80s, when we started getting big, it was always the touring/album cycle nonstop, with no break at all. We were always together in a bus and only someone who has lived like that can really understand that you will get into trouble when you are that too close together. It’s like being in a relationship, if you were with a woman for ten years in the same room, sooner or later it’s not going to work out.

So, the recipe is that you get time off, maybe take three months off so everybody can go do what they want and then you can get together again after that and work. Then after you’ve made an album, take another break, and then come back and do a tour, and then take another break. But in the ‘80s everybody wanted to make money, the management wanted to do it, the record company wanted to do it, so they didn’t give us the space. Plus, we didn’t have the knowledge or the guts to just say, “Fuck you!” And, that happens to a lot of bands, it’s the classic burnout on the road, burnout with drugs, burnout with women, not enough sleep. If you want to make a successful band, then that’s what you need to do. Because of this, we now have more success, more earnings and more of everything than we ever had before in the old days.”

You can read the rest of the interview with Chris Von Rohr at Metal Edge‘s website.

Krokus‘ “Burning Up The Night” video (from Change of Address album):