Christian heavy metal rockers Sacred Warrior are looking for a new lead vocalist to replace their long-time lead vocalist Rey Parra who had rejoined the band back in 2016. Sacred Warrior released four studio albums in a span of four years: Rebellion (1988), Master’s Command (1989), Wicked Generation (1990) and Obsessions (1991) before first disbanding in 1994. The group performed at a reunion show in 2000 which led to a live album and in 2008, they reformed once again. However, Parra left the band in 2012 and was eventually replaced by Eli Prinsen who handled the lead vocals on Sacred Warrior‘s last studio album 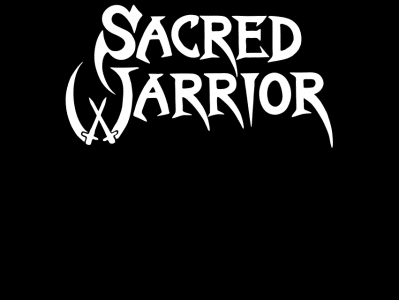 to date — Waiting In Darkness. Prinsen‘s departure from the band was announced in June 2016 and he was replaced by Parra in December 2016 but no album ever came to fruition from that reunion.

Residence in the Chicagoland area is preferred, but not required.

In an interview with Sleaze Roxx back in December 2013, guitarist Bruce Swift was asked whether Parra ever gave his reasons for leaving the band back in 2012. Swift replied: “He did and it is ironic now because he is now in a band called Worldview. I am not sure if people are familiar — you can look them up and they are actually really good — we are very happy for him because it is a perfect fit for Rey. But what was happening with Rey at the time was he was in school studying to be a nurse and he took on a new job and the boss at that time was really giving him a hard time about… like we would fly him here for three days and he would sing vocal tracks and stuff. At that point, he took the new job. Rey was like, “You know what Bruce — I can’t take off. This guy is not letting me go.” So he was adapting to his new job, his new environment, and now that has been a couple of years so I think the boss is giving him more flexibility now. I think he is taking a break from school from my understanding right now. He is taking a break and he is focusing right now on the Worldview project. So, the reasoning at the time was that he just was overwhelmed with life — you know, busy with work and school — but obviously the seasons have changed and he is back to doing music. They are about ready to release their new CD and I recommend it to you — it is going to be really good.”

UPDATE** The wait is over! The album “Waiting in Darkness” is available now on iTunes. Check out this in the studio video of Sacred Warrior recording the t…