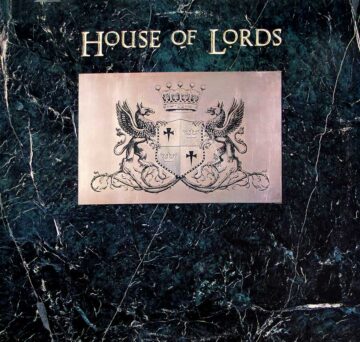 Wright was asked to talk about how House of Lords came about to which he stated: “I put House Of Lords together with Gregg Giuffria. He called me and said he could get a deal with Gene Simmons’ (KISS) new custom label if we put together a killer band. We saw Ken Mary playing drums with Alice Cooper, and were so blown away we reached out to him, and he joined up. Lanny Cordola, now a lifelong friend and also appears on my solo album, was on the 2nd Giuffria album and joined up as well. We had some great songs recorded and written with David Glen Eisley (singer of Giuffria), but Gene didn’t want us to be another Giuffria band, so I brought in James Christian to sing lead whom I was working with on a project called “Eyes.””

Daly mentioned that House of Lords‘ debut album was underrated glam rock / hair metal showcase. Wright was asked what he remembered about recording that album and the reception for it to which he replied: “I’ve always thought that we would have done much better if House Of Lords had been on a Rock music record label like Geffen. Gene’s label deal was through RCA, which was basically a Country music label then. Breaking a new Rock band seemed beyond them. Recording-wise, we knocked that album out top to bottom in 30 days with the late legendary Andy Johns engineering and producing. He’d worked with Led Zeppelin, The Rolling Stones, and many other iconic artists. Andy had so many interesting stories. That was a great band live!”

You can read the rest of the interview with Chuck Wright at Vinyl Writer Music‘s website.