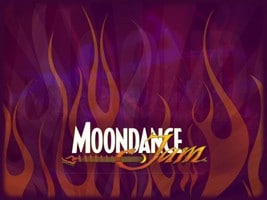 The Red Rocker returns to Walker during a limited run of summer dates that take him away from the studio and work on the new Chickenfoot record. Vic Johnson, Mona and David Lauser will join Sammy during a typical Waborita party on Thursday night that should include all of Hagar’s solo hits along with songs from Montrose and Van Halen.

Cinderella is back on the road after a three-year break away from the limelight as vocalist Tom Keifer recovered from throat problems. Now singing again at full strength, one of rock’s unique voices will front this 80’s favorite as the band plays a greatest hits set. Travers makes his first ever appearance at the Jam, his guitar pyrotechnics still thrilling rock fans after over 30 years on the road. Black Stone Cherry is also making its first appearance here, and the band’s modern southern rock style fits in perfectly with Lynyrd Skynyrd on Saturday. Tonic debuts at the festival with a new single “Release Me,” rising the charts.

In addition to the three day main stage line-up, a Pre Jammin party will be held on Wednesday, July 14 with local favorites Hairball headlining on the main stage. Many more acts will play the regional stage in the saloon on all three days of the festival.

Tickets are now available in a variety of packages. Concert goers can purchase Rockstar All Access, VIP, three day General Admission and single day tickets as well as camping and parking passes online or by contacting the Moondance ticket office. Moondance Jam has festival seating for General Admission ticket holders, meaning that front row access and lawn seating is available for everyone.

Moondance Jam is held on the beautiful 300 acre Moondance Events festival grounds, situated in the middle of Chippewa National Forest near Leech Lake. The festival features thousands of campsites, well-kept facilities, two bars with regional entertainment, excellent security, many food and beverage vendors, an experienced staff and owners who have been organizing music festivals since 1992. The safe, fan friendly atmosphere and idyllic location are just a few reasons why people return year after year to the Walker Area for the Moondance music festivals.