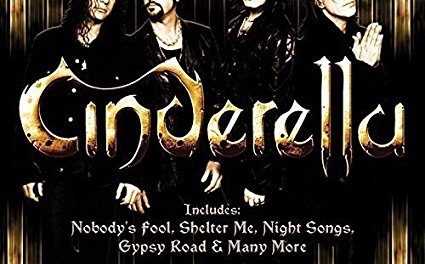 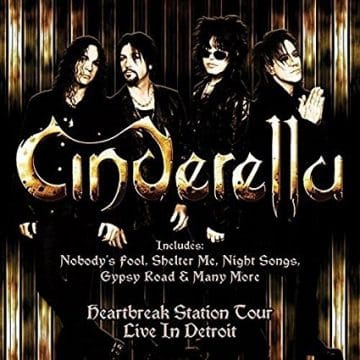 Amazon states the following about Heartbreak Station Tour Live In Detroit: “There was a time when rock concerts were as visually stimulating as they were aurally, a time of exploding pyrotechnics, gravity defying guitarists and singers who sweated blood and soul all over the spot lit stage. In those days, one band reigned as the kings of showmanship and technically precise musicianship – Cinderella. Filmed during the legendary Heartbreak Station Tour of 1991, when the boys were at the very height of their powers, this live concert features many of their greatest hits including Night Songs, Don’t Know What You Got (Till It’s Gone), Shelter Me and many more. Relive the glory days of hard rock’s fairy tale icons. Artists: Tom Keifer – vocals / guitar / keys Eric Brittingham – vocals / bass Jeff Labar – vocals / drums, Fred Coury – vocals / guitars Charles Lawrence – additional vocals / keys Gary Corbett – additional vocals / keys Jay Davidson – saxophone and backing vocals Roberta Freeman and Diane Jones – additional musicians and backing vocals.”