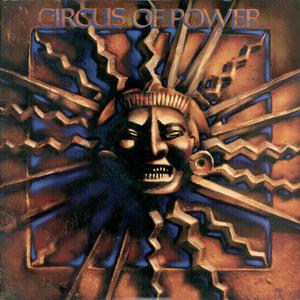 CIRCUS OF POWER AND RAGING SLAB SELF-TITLED ALBUMS GET REISSUED

Rock candy Records (www.rockcandyrecords.co.uk) have reissued the self-titled albums by Circus Of Power and Raging Slab.

Back in the 1980’s the Los Angeles rock scene cultivated spandex, glam and big – make that HUGE – hair, whilst in New York a far grittier aesthetic was being honed; one that would promote the hard working, hard living ethos of an inner city blighted by forgotten neighbourhoods and low uemployment. The perfect backdrop, in fact, for the low-down high volume rock ‘n roll of no-frills minimalists such as the Ramones, Raging Slab, Smashed Gladys, Blitzspeer and… Circus Of Power.

COP, as they were commonly known amongst friends and fans, lived life on the edge; a trail blazing sound. Spotted by esteemed NYC-based producer Daniel Rey, they were snapped up, together with Raging Slab, by the giant RCA label, creating one of the greatest debut hard rock albums of the era. Raw, edgy and extremely dangerous, Circus Of Power’s debut album, originally released in 1989, is a seething guitar-fuelled temper tantrum that remains as powerful today as it was when first released.

24-bit remastering from original source tapes, 5 bonus tracks, 4,000 word story of the making of the album, full involvement by the band, rare photos, all spread out over a superb 12 page full colour booklet.

BASED IN New York City, Raging Slab looked and sounded wildly out of place with their hugely addictive ‘Suvern’ rock style, laced with cow-punk accelerant, all markedly at odds with the musical climate prevalent at the time.

Signed by RCA Records and herded into the recording studio with legendary producer Daniel Rey (Ramones, Circus Of Power etc) they crafted one of the greatest debut albums of the decade. Originally released in 1989, the band’s penchant for gritty seventies rock, injected with full-on hardcore urgency is hugely impressive. “Lynyrd Skynyrd meets Metallica” was the mantle at the time; still true to this day.

24-bit remastering from original source tapes, 4,500 word story of the making of the album by band leader Greg Strzempka, rare photos and memorabilia, all spread out over a superb 16 page full colour booklet.