New York rockers Circus Of Power have released a video for their single “American Monster” which features Jyrki 69.

Wikipedia states the following about Circus Of Power‘s history (with slight edits): 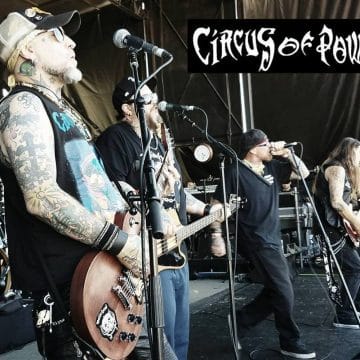 “The band formed in 1986 in New York City. A no-frills band heavy on tattoos, biker-band lyrics and leather, the band consisted of vocalist Alex Mitchell, guitar players Ricky Mahler and Gary Sunshine, bassist Craymore Stevens, and drummer Joey Wrecked. In July 1987, Joey Wrecked quit the band and was replaced by Ryan Maher. The group played in New York for several years until they were signed by RCA Records. Around 1990, Gary Sunshine switched to guitar, and Zowie joined as bassist. In 1990, Circus of Power got a huge break, being named as the lone opening band (for the complete tour) opening for Black Sabbath on their Tyr album.

Zowie was replaced by Marc ‘Frap’ Frappier, and Ryan Maher by Victor Indrizzo respectively. In 1991, the band signed to Columbia Records and relocated to Los Angeles. Circus of Power disbanded around 1995.

In 2006, Circus of Power played two 20th-anniversary shows. The first in Austin, Texas, at Elysium on June 3, during the Republic of Texas Biker Rally, and the second in New York City at Don Hill‘s on September 27. The NYC performance included Queen Vixen and Honey 1Percenter from Cycle Sluts From Hell on backing vocals, with Daniel Rey (Ramones) and Phil Caivano (Monster Magnet) as guest performers. It was their first New York performance in 12 years.

A 2007 interview indicated that singer Alex Mitchell planned to resurrect the band with a new album. 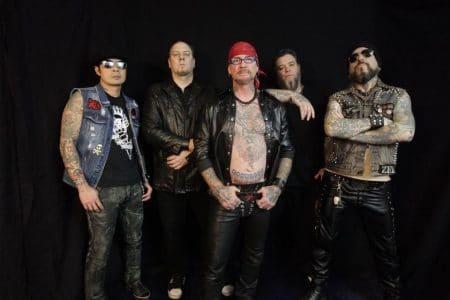 In 2008, Circus of Power was offered the opportunity to play two events, neither of which they could attend due to scheduling conflicts. The first was the Republic of Texas Biker Rally in June, and the Sturgis Biker Rally in August.

On December 1, 2008, Alex Mitchell informed circusofpower.net that Rock Candy Records will reissue Circus of Power‘s eponymous debut album. The reissue will be remastered and contain a 14-page booklet with a 4000 word essay on the band. A release date has not been set.

The Knitting Factory in Los Angeles was the site for a Circus of Power reunion show on June 27, 2009. The show was to celebrate Club Vodka‘s seventh anniversary and the reissue of Circus of Power‘s debut album. After some solo efforts and a few one off “reunion” gigs, singer Alex Mitchell decided it was time to put a proper line up together. In late 2014, Alex contacted some of his O.G. buddies from the old New York scene and his post C.O.P. bands- Fat Nancy & Captain Zapped, and immediately entered the studio with fresh material. The new line up also shot a video for the song “Hard Drivin’ Sister”. The current line up consists of: Alex Mitchell – vocals; Billy Tsounis – lead guitar; Joe Truck – guitar; John Sharkey – bass; and,  JK Fortyseven – drums.”