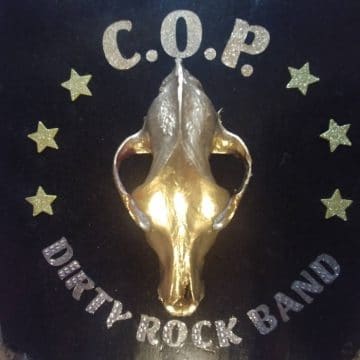 Circus Of Power consisting of Alex Mitchell on vocals, John Sharkey on bass, Billy Tsounis on guitar and Scotty Slam on drums have released a new single titled “Dirty Rock Band” that is available on Bandcamp for purchase.

The single was recorded, engineered and mastered by Billy Baker at Pawnshop Studios in Van Nuys, California, USA.

Back in early 2017, Circus Of Power released the single “American Monster” and a video for the song before pulling out of the inaugural Hair Metal Heaven Festival in Hull, UK and canceling a bunch of other UK tour dates.

However, Mitchell denied that the band had split up as he stated to Sleaze Roxx in early June 2017: “We’re going in to record demos today as a matter of fact. That’s kind of a crazy statement. ‘The futures uncertain and the end is always near’ to quote Jim Morrison. I don’t really know who is in the band right now and I’m fine with that. All I know is I have some people who are recording a new album with me including brother Sharkey! Billy is coming in today to do demos and weve been writing… I just got a call from Nick Oliveri, ex-Queens Of The Stone Age, and he asked me if I wanted to do an EP with him and Brant Bjork, the drummer from Kyuss. I said, ‘What? Are you crazy?’ Of course, I love both those bands. I think they’re both also going to play on the Circus Of Power CD, which stokes me!”

Circus Of Power went on to release the studio album Four in December 2017.