New York rockers Circus Of Power have released a video for their new song “Fast And Easy” which can be viewed and is being premiered at Loudwire. The new track will be on the group’s new upcoming studio album Four, which will be the band’s first album of new material in 24 years.

Circus of Power “Fast and Easy”

The debut single from the first new album in 25 years! Dig It!Limited Cd packages and Exclusive Merch Bundles at circusofpower.bigcartel.com

“November 3, 2017 – They’re back! From the streets of New York City and the gutters of Los Angeles, the kings of 80s and 90s biker rock, Circus of Power, make their hugely anticipated return with their first new album in a quarter of a century. Vocalist and songwriter Alex Mitchell has drafted the talents of former Kyuss and Fu Manchu drummer and Stoner Rock legend, Brant Bjork, to command the drumming duties on fourteen brand new Stones-y, Pseudo Psychedelic, Street Rock anthems. Stretching out into bold new territories , while keeping true to the ever identifiable, classic C.O.P. sound, tracks like “Fast and Easy,” “Hard Drivin’ Sister” and “American Monster” are sure to excite fans, old and new. 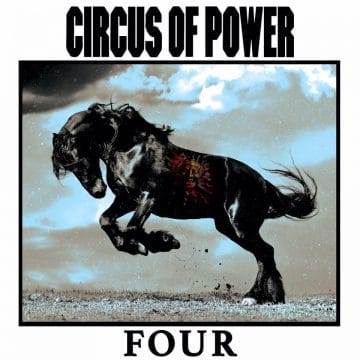 Line-up and label changes led to the third full length album, 1993’s ‘Magic and Madness‘ released on Columbia Records, the album ushered in a more melodic sound for the band, while losing none of the grit that fans had grown to expect. The group disbanded in the mid-90s, and despite a few sporadic “reunion” gigs, Circus of Power has been largely inactive…until now. With a fresh new line-up, including Stoner Rock legend, Brant Bjork, on the drumming duties, the band is set to release their first new material in a quarter of a century.

Get ready to ‘Motor’ on down and revisit all of your old ‘Vices‘, because C.O.P. is back!

For more on Circus of Power, visit their Facebook page.”