The Wild!, who are opening for Adrenaline Mob during the latter’s current US tour, apparently came very close to being involved in the tragic accident that has claimed the life of Adrenaline Mob bassist David “Dave Z” Zablidowsky and left the rest of his bandmates and others with serious injuries.

The following was posted on The Wild!‘s Facebook page earlier today: 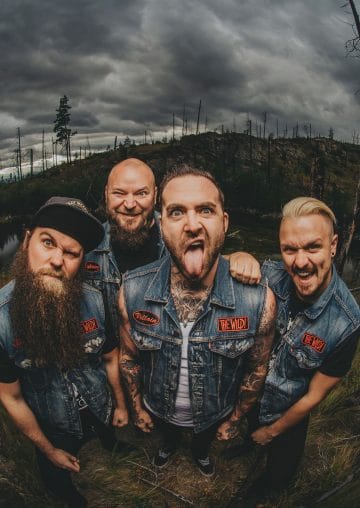 “To our fans, families & friends,

Yesterday our friends & tour mates in Adrenaline Mob were involved in a crash that claimed the life of their bassist & our friend David Z. David was a very positive guy who loved to laugh. He was also an amazing musician. We are honoured to have shared the stage with him on this tour & will miss him dearly. Our hearts go out to David‘s family, the members of the crew still in the hospital after the crash & to the entire Adrenaline Mob camp during this difficult time.

This was a very close call for us as we passed their convoy minutes prior to the crash. We thought about pulling over to assist with their tire change but just couldn’t make it over to the shoulder in time & kept on driving only to receive a call no touring musician ever wants to receive a few minutes later.

To all of our family of touring musicians across the globe, PLEASE BE CAREFUL when on the road. None of us saw this coming & no one ever expects these kinds of things to happen but unfortunately they can.
We are here & very grateful to be alive.

All of our love,