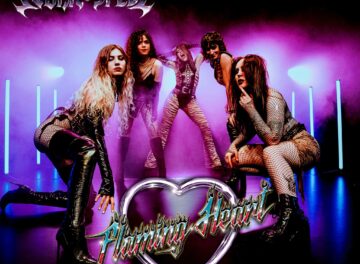 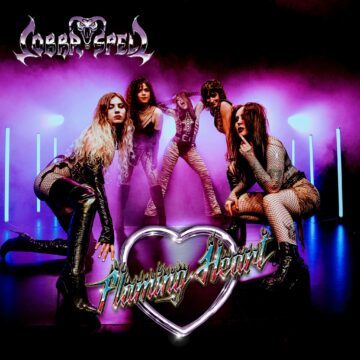 The YouTube caption for the video indicates Anubis stating: “This song speaks about a feeling that I consider essential in life. It keeps us going no matter how rough life gets. And it’s passion. Without passion, I don’t know what the meaning of life would be and how lost I would probably be. With ‘Flaming Heart’, I want to celebrate the existence of this wonderful feeling and the power it can have. And I want to encourage you to follow your own passion and to listen to your heart, let that burning desire guide you.”

Sleaze Roxx stated the following in its review of Cobra Spell‘s Anthems of The Night, which was released back on March 31, 2022 and features only two (Anubis and Vehera) of the five current band members: “It just feels like the band has taken it to another level with songs like the first track and the sublime “The Midnight Hour.” On those two tracks in particular, you have attitude, great hooks, well paced vocals, some great 80’s sounding guitar tones and melodies, and some blistering guitar solos. I really can’t ask anything more from these two tracks.”