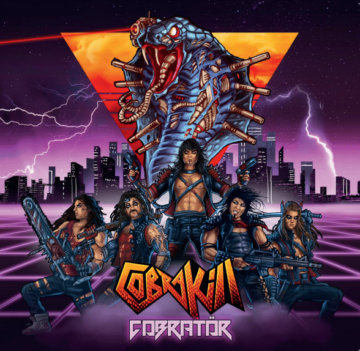 CobraKill underwent a line-up overhaul since the release of their self-titled three-song EP back in September 2020 given that only White remains from the line-up that played on that EP.

The following message was posted in part on CobraKill‘s Facebook page on December 17, 2021:

“Today we are very proud to tell you that Cobrakill has officialy signed with @ddrmusicgroup from Los Angeles, California for the release of our first full on studio Album “Cobratör“! We’ll bring you 8 songs of pure 80s metal! More infos coming in the next weeks! Big thanks to @ddrmusicgroup for the trust and the support in keeping metal alive!