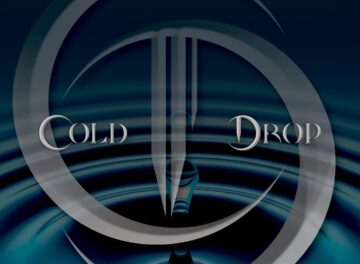 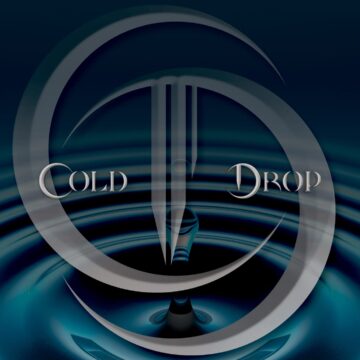 Cold Drop provided Sleaze Roxx with a Biography in English for three of their band members (with slight edits).

Allan is a Danish singer. He started his career playing in a highschool rock-band, called “Ikk’ Noget” (translates to “Nothing”) for local crowds. In 1988, he moved to Copenhagen and there he joined the soulband “Karisma” that later became “Daddy’s Best”. With this band, he played gigs all over Denmark until he moved to Belgium in 1995. He returned to Denmark in 1999 and shortly after that he joined up with guitar player René Mikkelsen, playing classic rock covers in the band “Humbuck”. In 2003, René Mikkelsen decided to revive the classic rock band “KrackerjacK” that was formed in 1997, but had been on a break for a couple of years, with Allan on lead vocals. The band recorded two albums: “Good Thing Goin’ (2005)” and “Rock On (2007)” and toured around Denmark, playing mostly smaller gigs. They did also perform at Jelling Musikfestival in 2006 and as support for Uriah Heep at Posten, Odense in 2009.

Allan left the band shortly after the gig in Odense and the following years, he mainly played in cover bands like Lizzy Stuff (Thin Lizzy coverband), Hungry Mens Blues Band (The Hoax cover band) and Deep Purple Mk III Tribute (Deep Purple cover band). In 2013, he joined forces with ex-Pretty Maids bass player Allan Delong on his album “Smell The Roses” (released 2015). In March 2017, he performed the song “Headless Chicken” by the Danish band “Electric Guitars” together with the band at Kulisselageret, Horsens. In 2019, he started playing gigs as a solo artist in pubs and at private parties. Same year, he joined the band “Cold Drop” as lead singer.

Thomas is a Danish guitarist playing in the Danish hard rock band Cold Drop. He started out playing guitar at the age of 9, when his parents gave him an electrical guitar. The following years, he played in school bands and with friends, mainly classic rock like Hendrix, Led Zeppelin. The main inspiration back then, came from his dad’s and friend’s dad’s collection of records. 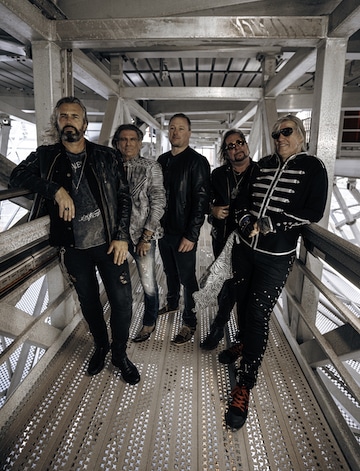 During the later teen age years, he lost interest in playing and sold his gear. Not until his wife Ditte heard him play the guitar at a music store and decided to buy him a Fender Stratocaster for his 21st years birthday, he started playing again. He was then fortunate to get introduced to the world-famous guitar instructor, Troy Stetina, and he acquired a few of his books, including the applauded “Bible among rock/metal lead players”; “Speed Mechanics for Lead Guitar”. He started practicing for 4-6 hours a day beside his regular work, and quickly developed his technique and lead style. Furthermore, with the advent of the internet and video-sharing platforms like YouTube in the early 2000’, it was easy for him to find inspiration and he started to study prominent 80’s hard rock and heavy metal guitarists, including Randy Rhoads, Warren DeMartini, George Lynch, that further influenced his playing style.

In 2009, he hooked up with ex-Pretty Maids bass player Allan Delong and they started playing 80’s hard rock cover music, like Whitesnake, Scorpions, Judas Priest, in the band Addiction. Around 2012, Allan Delong founded the band Delong, playing music composed by Allan Delong himself. The band mainly spent time in studio working on the first record. It was in this period Thomas got introduced to Allan Grønbæk on lead vocals. Delong disbanded in 2014 shortly after the first album was released.

In 2018, Thomas joined Cold Drop after they had been playing for a little less than year mix cover and original material. A few months later, Allan Grønbæk joined the band.

Henrik is a Danish drummer who started his career in 1982 at the age of 16. His first band, Blazon, was a five-man cover band but after just one gig, they turned into a trio as Spiked Mace playing original material. (The bassist here was Pete West and guitarist Alf Batz, who would both later turn up in Paul DiAnno’s Battlezone). Spiked Mace recorded three demos and toured Denmark until 1984 when Henrik joined the local band L.A. just after they recorded their first album. L.A. supported the local and Danish legends Pretty Maids a few times. Three demos were recorded for the second album, which did not materialize until 2003.

In the meantime, L.A. had disbanded, and in 1987, he moved to London, England, where he played and auditioned for various bands but had to go back to Denmark after about six months. This led to the revival of his high school band Acacia Avenue who turned into Blah Blah who got some record industry interest but disbanded before anything materialized. For personal reasons, he then left the music world for a number of years. A new and very slow start followed. Practising hard and playing in a local dance/big band for six years eventually broke his way back to the world of rock trying out different bands with not much luck. That was until the then still unnamed band Cold Drop called him to help starting up a new band. During all these years, paths with the other Cold Droppers have crossed several times, so something may have been in the cards from the start…

Main inspirations: Slade, Sweet, Gasolin, Kiss, Judas Priest, Iron Maiden. What inspired Henrik to pick up drumming was mainly the powerful drumming of Don Powell of Slade and Mick Tucker of The Sweet. And the Danish drummer, Søren Berlev of Gasolin.