The Rockfest, which has been held in Montebello, Quebec, Canada for many years, has fallen under hard financial times as the company Outaouais Rock behind the festival has filed for bankruptcy. Nevertheless, the Rockfest‘s founder Alex Martel has vowed to forge ahead.

The following message was posted by Martel on Montebello Rockfest‘s Facebook page: 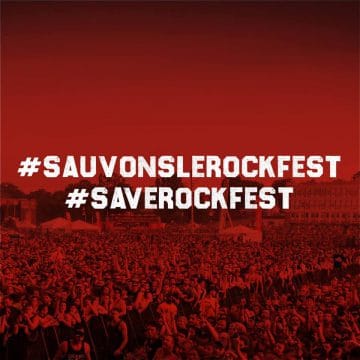 Today, the Outaouais Rock organization, which has operated Rockfest since 2008, has filed for bankruptcy. The end of this entity does not mean the death of the festival that I have founded at 17 and that I have dedicated my life to.

Despite everyone’s efforts since late June to save the organization – including the KPMG firm, the former majority partners and myself – no agreement was concluded yet and the deadline for the last court extension has arrived.

While I would have strongly preferred an alternative solution to using the Bankruptcy law, I must respect the decision that was taken. I wish the former majority partners – with whom I am no longer affiliated – the best of luck in their future endeavours and I thank them for their contributions to the festival in the past three years. As the festival founder, I will accept my part of the blame and take the responsibility that is mine. I’d also like to personally send my sincerest apologies to those affected by this sad situation.

As of today therefore, I am free and back on my own as the ship captain as I was for the first 10 years. I’m taking back control of my own destiny. There is a lot of work ahead of me in order to put back together what I have built and to make things right, but I will roll up my sleeves and move forward with my head up.

I’d like to thank the long-time staff of the festival who continues to this day to follow me on this journey with loyalty; the bands that have shown support and understanding throughout this tough moment despite some being affected – this means the world to me and I will never forget it; and of course my family of festival-goers who are still with me and who have changed my life forever. 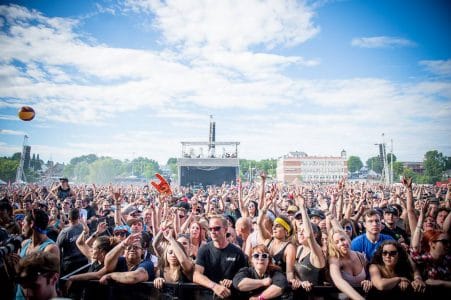 It’s for YOU that I won’t ever give up – I will never take your support and love for granted. I’ve always done it out of passion and I will continue to do it for the right reasons without letting anyone undermine this festival that has always been my baby. My goal is to continue to bring to you fun times in Montebello every summer as has been the case for the past 13 years.

I will grab some much-needed rest during the holidays and will be back at some point in January with some news regarding the future as soon as I can! In the meantime, you’re always welcome to send me your ideas, comments or proposals : a.martel@amnesiarockfest.com”

We’re the Montebello Rockfest, the largest rock festival in Canada!

We’ll be celebrating our 13th Edition on June 14-16, 2018, with an insane lineup once again. But Rockfest is way more than simply bands! It’s a small town that gets completely taken over and becomes a giant party for one weekend. It’s a magical vibe where anything goes, the best weekend of your life every year!

We do our best to keep ticket prices affordable and much cheaper than most music festivals. Rockfest was created in 2005 by a 17 year old kid from Montebello who was passionate about music. We’re music fans, just like you!

Located in beautiful Montebello, Quebec, bordering the Outaouais River, the festival is less than an hour away from Ottawa and a just over an hour away from Montreal. Montebello is a small countryside village with a population of just 900 residents (and 1,000 cows). If you don’t have a car, a variety of travelling options are available.

To live the full experience, we recommend one of our on-site campgrounds. Hotels and motels are also available, but are usually sold out a year in advance.

Get ready for a weekend your mom won’t want to know about! Yessir Miller!

–Alex Martel and the Rockfest team”

Twisted Sister played the Rockfest during its farewell tour Forty And Fuck It back in July 2016 but had a band experience and “renamed” the festival from the Amnesia Rockfest to the “Amnesia Shitfest.” Below is an excerpt from the Armadillo Road Report published on Twisted Sister‘s website:

“To all of our S.M.F. Canadian fans…we’re so sorry. We love you, Canada. We love you, Canadian S.M.F.s. We’re sorry the douchecanoe twatwaffles of Amnesia shitfest wouldn’t even let us play two more stinkin’ minutes of SMF to say THANK YOU Canada on the farewell tour. We passed a note to Dee explaining that the festival was literally pulling the plug on us, so Dee started to say the words “thank you” and “goodnight” when the KING of all douchebags reaches over and shuts down the sound board.

That’s right, kids. Here is Twisted Sister, playing for the last time EVER in Canada, and not only would they not give us the respect of playing the last song (which lasts 2 minutes) but they cut Dee off as he was saying “Thank You and Good Night!”

This is Twisted Sister playing “Stay Hungry” from their 1984 album, Stay Hungry at the Amnesia Rockfest in Montebello, Quebec, Canada on June 23, 2016. This …