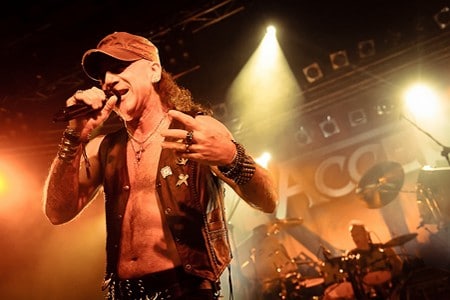 Some bands are never the same after replacing the original singer — or the one that everybody is acquainted with. Motley Crue lost a lot of their fan base when they decided to ditch Vince Neil in the early ’90s… nobody really gets Johnny Solinger as the lead singer in Skid Row, even though he has been with them longer than Sebastian Bach was… and even the mighty Van Halen got a lot of shit for replacing David Lee Roth with Sammy Hagar back in the day.

On the other hand, some bands fare very well — and one of these bands is Accept. The recently reunited German rockers even managed to release one of their best albums ever with new singer Mark Tornillo in 2010, called ‘Blood Of The Nations’, which got a lot of great reviews worldwide including right here on Sleaze Roxx. The tour Accept are on right now is in support of this new release. 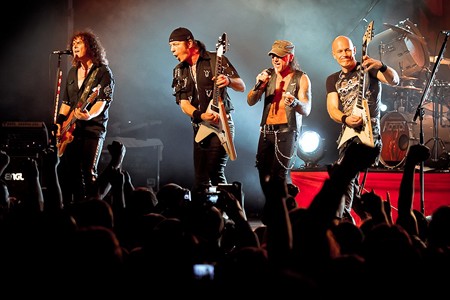 This show was a treat for Polish fans, as we have not seen Accept since the ’80s when they still toured with original singer Udo Dirkschneider. Interestingly enough, Dirkschneider visits Polish stages a lot, so seeing these guys play the songs he performed before seemed almost like watching a cover band. But Accept proved this idea very wrong by putting on one of the best rock gigs that has graced the Warsaw stage.

Accept hit the stage pretty early and went through the full set, comprised of both old and new numbers. Some bands, who had their best times in years gone by, tend to focus immensely on their hit material even though it might be largely out of date. And though this trend is changing, Accept are no way in hell resorting only to their old hits. Their set list cannot lack staples like “Metal Heart” or “Balls To The Wall”, but this band tries really hard to mix the old with their latest recordings. Because of this a lot of the music played during this gig was from their newest offering ‘Blood Of The Nations’, as Mark Tornillo really showed everybody that he should be in no way ashamed to fill Udo‘s boots. The singer proved himself to be a skilled and charismatic frontman and didn’t have any problems with the material — both the new songs and the Udo classics alike.

All in all Accept delivered a very well executed gig. One which pleased the audience to the point that they will surely return to see the band at their next Polish gig… if such a thing happens in the future. 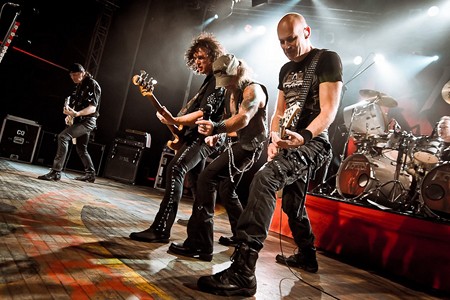 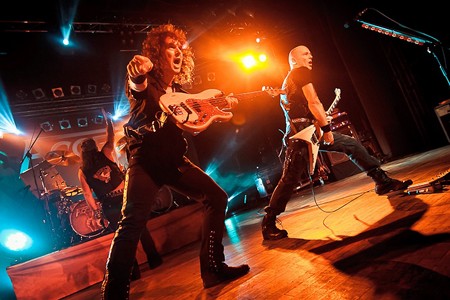