NO SLEIGHT OF HAND — ACE FREHLEY RETURNS TO ROCK PORTLAND

Former KISS guitarist Ace Frehley returned to Portland after a long absence [years] from The Rose City. Frehley is promoting his all covers album titled ‘Origins Vol.1’ [eOne Entertainment], which he issued mid-way through 2016. Frehley sold out one — the February 10th — show at The Aladdin and added a second night on February 9th. Frehley has had Chicago area native Chip Z’Nuff’s band Enuff Z’Nuff opening this series of West Coast date. 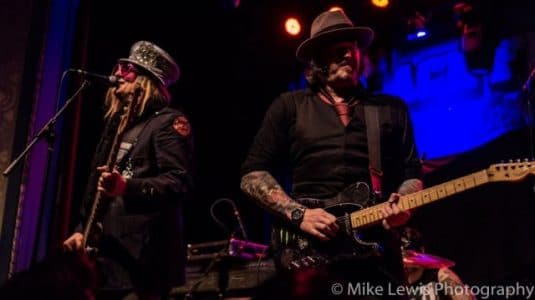 You probably remember the power pop, psychedelic rockers Enuff Z’Nuff from the days of ‘Dial MTV.’ Though a lot has changed — like everyone except mainstay and founder bassist Chip Z’Nuff who has been handling lead vocal duties for several years now — Z’Nuff is part court jester, part musician and part vaudeville entertainer. The band’s set was too brief and featured select cuts from the ‘self-titled’ debut album and the sophomore ‘Strength’ alongside a fantastic rendition of David Bowie’s “Jean Genie.”

One thing is for sure, Enuff Z’Nuff was stereotyped as a ‘hair band’ but was far from that. You just need to turn to songs [in the set] like “In the Groove,” “Baby Loves You,” “Fly High Michelle,” Heaven & Hell” and “New Thing” as evidence. As Z’Nuff said from the stage when introducing one of the hits, “You might remember this from the days of ‘Dial MTV.’ If you do, please sing along.” What a fantastic band.

In the digital age it’s hard to avoid spoilers and when it comes to certain artists; I want to be surprised. It’s been ages since Ace [solo] has made it out to the Northwest; Portland specifically. So when the setlists went up for all to see, stage at left and right—the cat was out of the bag. Ace hit the stage with “Parasite” to no one’s surprise within reading distance. The show was under way. A heavier, sober Frehley tore through a mix of KISS, solo Ace and covers. I know aren’t they mostly covers anyway?. The 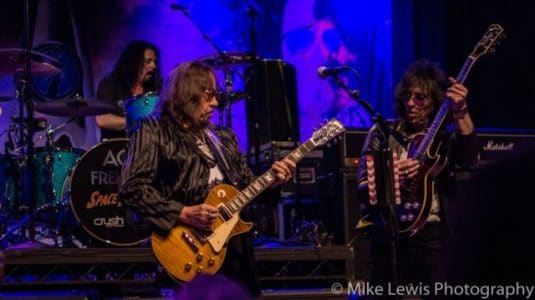 wrinkles in the set were the Thin Lizzy cover “Emerald” [featured on ‘Origins Vol. 1] which I believe is the first ‘power metal’ song ever written. It was blazing; as Ace traded licks with co-lead guitarist Richie Scarlett [who is a dead ringer for Keith Richards circa 1980]. Scarlett played the Slash parts contributed to the studio version. Also, from the Origins Vol.1, was Willie Dixon’s [made famous by Led Zeppelin] “Bring It On Home.” Frehley handled the first half of the song, then drummer Scott Coogan took it from there. It was simply incredible.

Certainly the aforementioned were highlights but so were “Rocket Ride,” “New York Groove,’ “Rip It Out,” and the energetic call to arms “Rock Soldiers” even with its cheesy and cringeworthily lyrics. I would have loved the inclusion of “Into the Night” as the guitar work on that is spectacular and would have been awesome to witness Frehley and Scarlett go toe to toe on that. Frehley and company closed things out with an encore that included “Detroit Rock City” and “Deuce.” Mid-through his set, Frehley stated “We almost didn’t make it here. We encountered snow on Mount Hood.” It would have been a crying shame had Ace and Z’Nuff not made it; we need more ‘fun’ rock ‘n’ roll shows to help us escape ‘the reality’ of what ‘reality’ is. Judging by the smiling faces of those leaving night #1 of Ace Frehley and Enuff Z’Nuff — they delivered.

Ace Frehley’s setlist (as per setlist.fm): 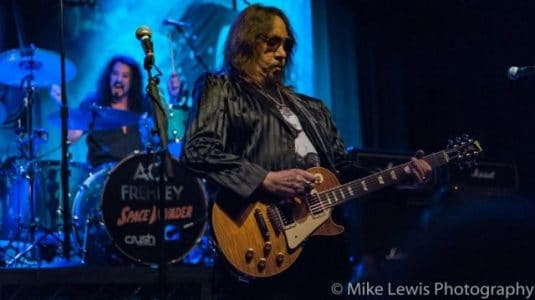