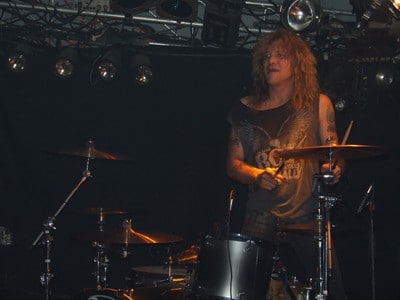 Adler’s Appetite, a hard rocking band featuring former Guns N’ Roses drummer Steven Adler, stormed into Harrisburg, South Dakota for a slammin’ Sunday night show which was part of their current 45 date, 2 month North American tour which wraps up in September. The Phoenix Lounge has been the place to be in the upper plains this summer as Bang Tango, Dirty Penny and Beneath Me have all graced its stage in recent weeks with more touring acts scheduled in the near future. 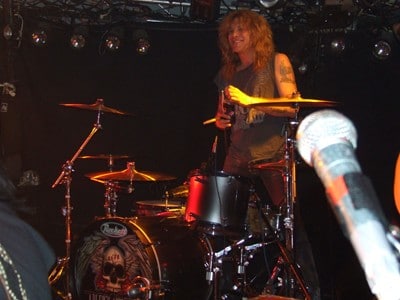 Anchored, the first national act of the evening, hit the stage at 9:15 PM and proceeded to run through a good chunk of the material off their debut release ‘Listen To This’, a cover of Buckcherry‘s “Crazy Bitch” and a quick melody of patriotic ‘America themed’ numbers. Anchored, a cool mix of Papa Roach new rock meets ’80s hair metal from Denton, Texas, was hitting on all cylinders as they played their mid-tempo numbers “By Your Side” and “Last Night”. By the time they concluded their set with current near Top-40 single “Dirty In Texas” they had done their job well in priming the large crowd for the evening’s headliner. Anchored will surely win over many new fans as the official opening band on the tour. As a side note, they made a studio visit to local Sioux Falls, SD rock station KRRO 103.7 FM the next morning to play an acoustic number as well as to introduce their new single to this fresh listening area which was just added to rotation! 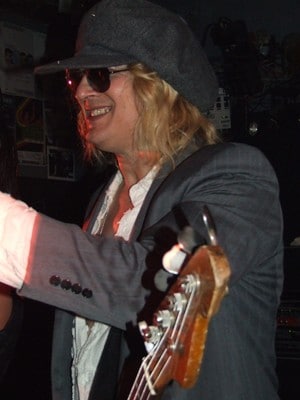 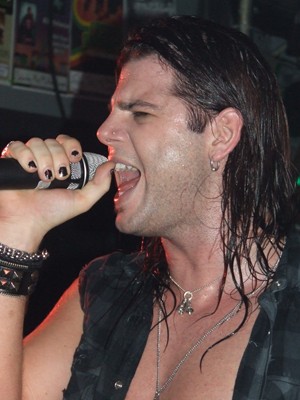 After a quick change over, Adler’s Appetite hit the stage and ripped into their expected set list which included the advertised ‘Appetite For Destruction’ in its entire front to back soundtrack as well as the band’s current newly released single “Alive”. Words would fail to describe the energy and pure delight that not only the crowd exhibited, but the band onstage showed as well. It appeared that the group — which is made up by bassist Chip Z’Nuff, guitarists Michael Thomas and Alex Grossi, as well as new front man to the scene in Canadian Rick Stitch — were having the time of their lives performing on this evening and were possibly having as much fun, if not more than, the crowd! What made the show even more special for most in attendance appeared to be the humility, genuine thankfulness, and love Mr. Steven Adler showed the crowd. Several times during the show he threw multiple sticks into the crowd and often slowed the set list down just enough to personally thank everyone in attendance for joining them at the show.

A little word to the wise, if this show comes to your area do yourself and Steven Adler a favor and check it out, you will be glad you did. Also, bring some treasures for signing… as after the show Adler’s Appetite did an ‘as long as it takes’ meet-and-greet for all the fans in attendance! That was worth the price of admission alone! 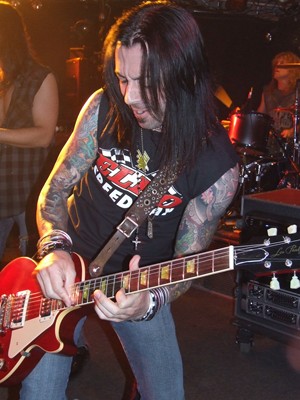 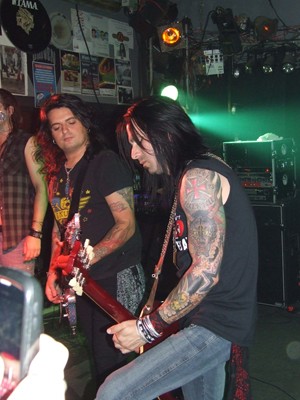