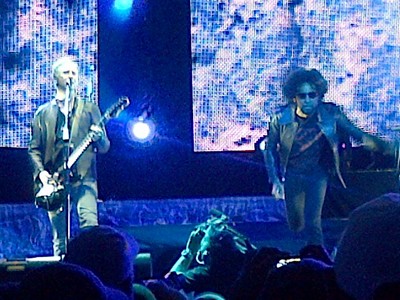 Although I was not too fond of the multi act Rockstar Energy UPROAR Festival set-up to see one of my favorite bands, Alice In Chains, it would have to do. This would be show number five for me, dating back to ’92 at La Brique in Montreal.

Alice In Chains hasn’t been back since their last album, when guitarist Jerry Cantrell clearly stated — almost three years ago on the same Molson Amphitheatre stage — that we would have to wait awhile.

I arrived early to get the most out of my overpriced $105 floor ticket and headed straight to the ‘Amex Front of the Line’ lounge for my liquid fix. However, I soon realized that the main stage area was cordoned off to direct fans towards the side stages. After downing a $15 beer I caught Middle Class Rut and New Politics. Both were entertaining, but more exciting were the scantily clad Rock Star energy chicks in bikinis. I tried to stick around for Danko Jones but his yelling was obnoxious and let’s face it, he’s washed up.

The Amex Lounge was now open and I hit up a couple Corona’s while waiting for Jane’s Addiction and ran into a couple buddies. 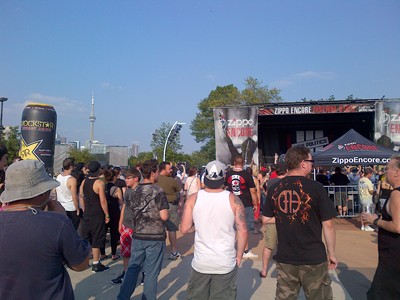 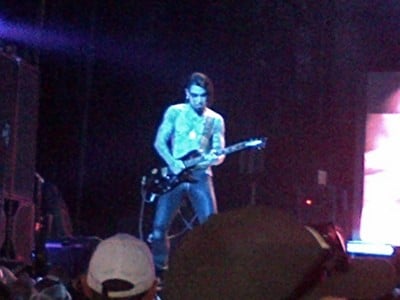 It was time to get down to the floor area and was promptly told, ‘no alcohol’ — what a bummer! I downed my drink and was center stage, about 20 bodies back, from Jane’s Addictions‘ frontman Perry Ferrell. These guys were in a world of their own but Perry‘s voice was inaudible at times. However, guitarist Dave Navarro‘s riffs through “Mountain Song” and “Three Days” echoed through the amphitheatre — he is always solid. The band’s catchiest songs, “Been Caught Stealing” and “Stop”, got the crowd going but you could tell the demographic was getting older as it was the stiffest general admission I’ve seen for this genre of music.

The festival line-up created a quick set list for all bands, so after 55 minutes it was back to the lounge for a quick drink. The break was short and I was back on the floor for Alice In Chains. My booze brain was in effect so I can’t remember what they opened with but it was definitely from the ‘Dirt’ album. It took three songs to get into the show and then the Seattle natives slayed us with “Man In The Box”. Before that I noticed singer William DuVall dancing around like a pop artist and all I could think was that Layne Staley would think he was being a fool — so stop that ASAP!

Alice In Chains ripped through “Stone”, “Check My Brain”, “Again”, “Would?” and a few others — but again, I was a little foggy. The band finished off their set with “Rooster” and all I could think was this show was way too short.

All the hot chicks were gone and I started thinking about the dreadful cab scenario off Lakeshore Blvd. in order to get home… until next time. 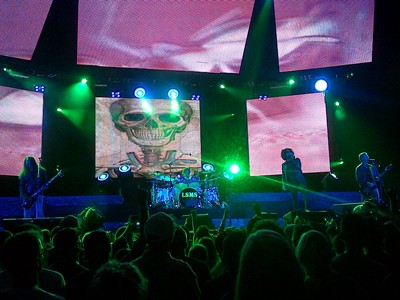