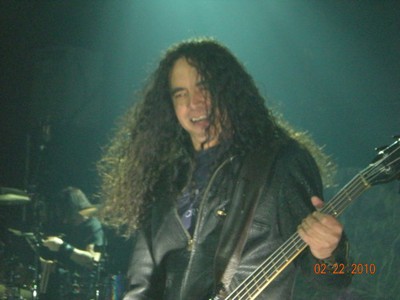 An employee at The Pageant better call a mason pronto because after Alice In Chains ripped through their set Monday night February 22, a professional definitely needs to inspect the venue to make sure that the band did not completely chisel away the foundation with their monstrously destructive sound.

I totally have a ‘bangover’ (much like a hangover, the body suffers from too much head-banging the next day) today, but it’s well worth the pain. Alice In Chains is ridiculous live. 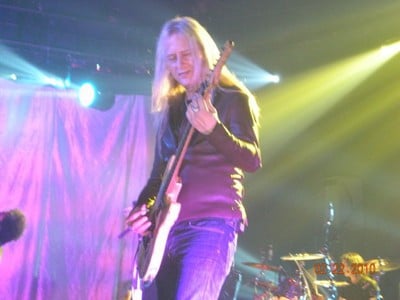 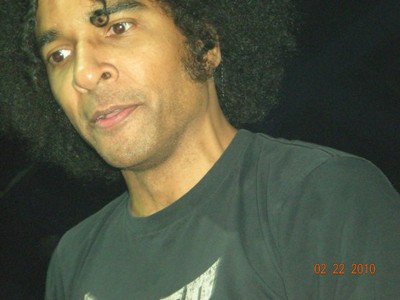 However, Alice In Chains is fully resurrected with new lead singer/guitarist William DuVall and they are currently touring behind their new album Black Gives Way To Blue.

Unfortunately, I have heard more than one person say that they would never attend an AIC‘ concert because Alice In Chains isn’t Alice In Chains without Layne Staley. If you are unwilling to give the new band a chance you are only hurting yourself because William DuVall is a genuine rockstar and is the best singer successor since Brian Johnson of AC/DC.

DuVall was charismatic and energetic all night as he played alongside his new band mates. His uncontrollable smile made it obvious to the crowd he was having the time of his life.

Jerry Cantrell also had everything to smile about. His rejuvenated band sounded as fresh as the day Facelift debuted back in 1990. As I watched Jerry Cantrell majestically play the guitar from roughly fifteen feet away from the stage, I was overcome with the same amazement a teenager must have felt when they first saw Jimmy Page live. Both are such masters at their craft you become hypnotized by the flawless guitar playing – I was like a deer in the headlights, awestricken by a living legend. 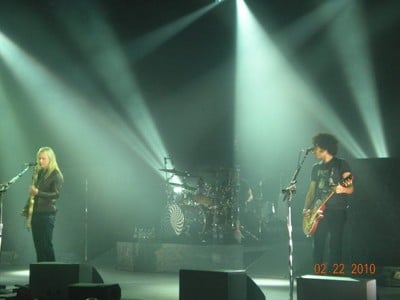 Alice In Chains opened with “All Secrets Known”, the opening track off their newest album, and continued to play tracks from Black Gives Way To Blue all night long. Now, this isn’t a band that plays tunes from the new album and the fans run to the beer line or bathrooms; people went hysterical for “Check My Brain”, the brutally intense “Last Of My Kind”, “Your Decision”, “Lessons Learned” and “Acid Bubble”.

Along with the new classics, there were plenty of AIC‘ oldies being impeccably delivered to the rowdy crowd. Alice In Chains tore through “It Ain’t Like That”, “We Die Young” and “Man In The Box” from Facelift. The band treated us to the beautiful “Got Me Wrong” off the extended play Sap and “Again” from their self-titled album and last with Layne Staley. And of course, the majority of songs came off their masterpiece Dirt. “Them Bones”, “Dam That River”, “Rain When I Die”, “Sickman”, “Angry Chair” and encores “Would?” and “Rooster” delighted the crowd of hardcore Alice In Chains fans. I say hardcore because Alice In Chains did not even play radio hits “No Excuses”, “Heaven Beside You”, “Down In A Hole”, “Over Now” and “Don’t Follow”, yet they still held the adoring crowd in the palm of their hands.

The highlight of the show was closing with the gloomy “Angry Chair”, which immediately segued into the full throttled attack of “Man In The Box”.

With William DuVall now a permanent fixture in Alice In Chains, the sky is the limit for this quartet and they won’t be calling it quits anytime soon. 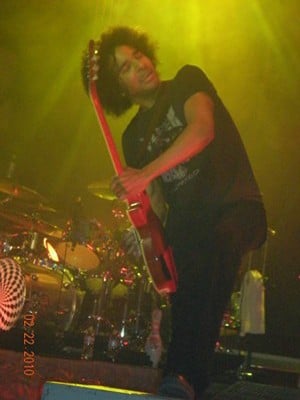 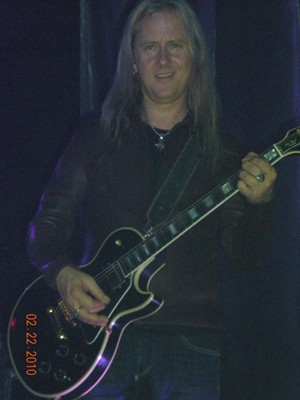 Alice In Chains setlist: All Secrets Known, It Ain’t Like That, Again, Check My Brain, Them Bones, Dam That River, Rain When I Die, Your Decision, Got Me Wrong, We Die Young, Last Of My Kind, Nutshell, Sickman, Lesson Learned, Acid Bubble, Angry Chair, Man in the Box, Would?, Rooster