BAD COMPANY AND THE WINERY DOGS STORM INTO MINNESOTA

It was 1991 and Bad Company were on tour in support of their 1990 release, Holy Water. The only original member on tour at that time was drummer Simon Kirke. Opening for them on that tour was the relatively new supergroup, Damn Yankees. I was pumped to see both bands that night and was ready for a great show. From the moment Tommy Shaw, Ted Nugent, Jack Blades and Michael Cartellone hit the stage playing the self-titled song “Damn Yankee” to the final notes of Night Ranger‘s “(You Can Still) Rock In America”, the whole arena was just as energized as the band itself. They definitely set the tone for the evening. Up next, Bad Company came out and I couldn’t even tell you what they opened with. It was probably “Holy Water” but I wouldn’t bet my life on it. The only memory I have of them that night was when Kirke came out with an acoustic guitar and performed “Shooting Star” by himself. For me, the rest of their show was a dud. The Damn Yankees stole the show that night.

Fast forward twenty-five years later, I find myself once again at a Bad Company concert with another supergroup opening for them. This time, it’s the crazy talented band, The Winery Dogs, having the honor of opening for the legendary band. This time around, Bad Company were armed with three original members along with a guitarist from the Black Crowes in their arsenal. Was this going to be a repeat of 1991?

We got to Grand Casino in Hinckley, Minnesota just as a thunderstorm approached. The area was under a tornado watch. The casino was keeping everyone posted on facebook and in the casino that the concert would go on as planned, but would have a delayed start. The casino was packed with fans waiting the storm out and to get the all clear to head to the outdoor amplitheater. 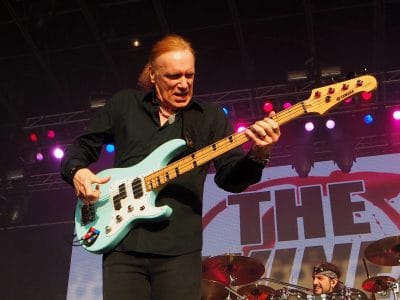 After an hour delay, everyone headed to the show. After finding my seat, I made my way to the merchandise booth to find myself a Winery Dogs t-shirt. While I was in line, people were complaining that there was no Bad Company items available yet. I turned to one Bad Company fan and jokingly told him “The Winery Dogs are the better band”. He looked at me and said “Really? Paul Rodgers?” I asked him if he knew who was in The Winery Dogs and he answered with a resounding “No”. I go on to tell him the members were Billy Sheehan from Mr. Big and David Lee Roth, Mike Portnoy formerly from Dream Theater and his thousand other projects, and Richie Kotzen formerly from Mr. Big, Poison and all his wonderful solo material. After telling him that, he got excited to see this band live. Like I said, I was joking when I told him who the better band was. I went on to tell him I am a big fan of the iconic Bad Company and had the utmost respect for what they accomplished in the world of rock music, but as far as musicianship, The Winery Dogs can hold their own with just about anyone. 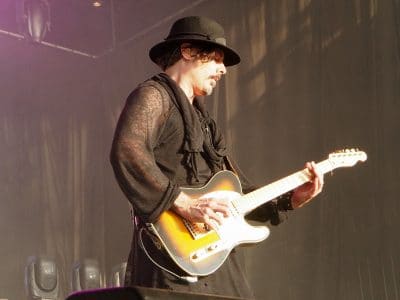 Sheehan, Portnoy and Kotzen hit the stage playing the fast paced song “Oblivion”, which got the classic rock crowd’s attention with Portnoy‘s thundering double bass. They stuck with songs from their latest album, Hot Streak. “Captain Love” was followed by the album’s title track and “How Long.” By the reaction of the crowd, I realized one of two things. There were either more Winery Dogs fans in the audience than I thought, or they were winning over the old time rockers. The venue was finally filling up as they went into “Time Machine” off of their self-titled album from 2013. The band sounded tight and were spot on through every song. Portnoy entertained the crowd with his humorous drumming antics and Sheehan and Kotzen traded off solos like a finely polished team. They finished out the set with “I’m No Angel”, “Desire” and finished their night with “Elevate.” After they left the stage, I heard people talking about them in the crowd. They were saying things like, “I’m definitely a fan now” or “I wasn’t expecting that.” The way things were going, I was begining to have a flashback to 1991 and wondered if Bad Company could top that performance. 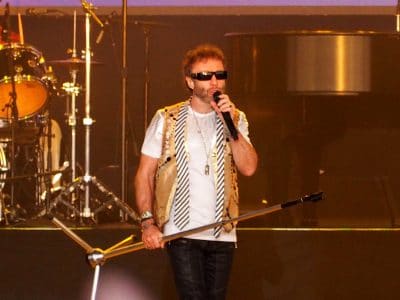 Bad Company started out the night with “Live For The Music”, “Gone, Gone, Gone” and “Feel Like Makin’ Love.” Paul Rodgers was sounding as good as ever and the band was a well oiled machine. Joining Rodgers on stage were original members Simon Kirke on drums and Howard Leese on guitar. Special guest guitarist, Rich Robinson from the Black Crowes and bassist Todd Ronning rounded out the group. At this point, I felt like their night was starting off a little slow and the crowd wasn’t that into the show at that point. A lot of people were still in their seats as they continued their set with “Electricland”, “Man Meets Woman” and a Mott The Hoople cover “Ready For Love”, which finally got most everyone on their feet. By this time, it felt like a switch was flipped and I think alcohol was what fueled the crowd’s energy now. “Burnin’ Sky” was up next along with Rodgers playing a baby grand piano on “Run With The Pack” and 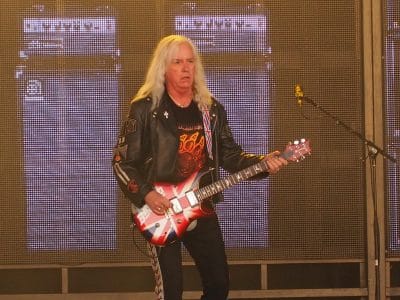 into “Movin’ On.” The most energized the fans were all night was when they played “Shooting Star” where they paid homage to deceased musicians like Jimi Hendrix, John Bonham, Elvis Presley and many more by showing pictures of them on their big screens. Rodgers also got the crowd really into this song by having them sing the chorous over and over, and they sounded great doing it. “Can’t Get Enough” and “Rock ‘N’ Roll Fantasy” rounded out their regular set before they left the stage for a few moments before returning for their encores. The song I waited all night to hear with that haunting piano intro — “Bad Company” — was finally played and “Rock Steady” closed out the night with an enormous roar from the crowd.

Even though I thought Bad Company got off to a slow start, I was far from being disappointed with them this time around. The only advice I have to give them, and I can’t believe I’m trying to give 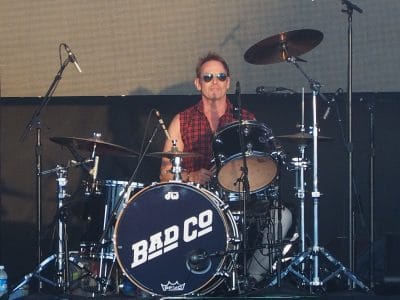 them advice; please look like you’re enjoying yourself on stage. Everyone except Rodgers looked bored and were just going through the motions. I wish the band all the luck in the world and I hope they have many years of touring left in them.